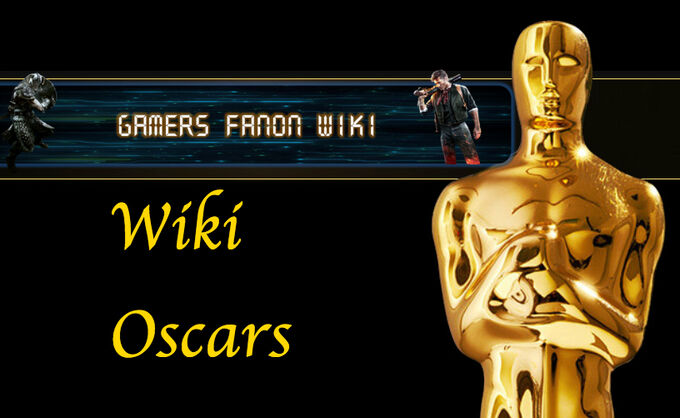 A Wiki Oscar is an award given to a member of the Gamers Fanon Wiki for having the best page or blog in a selected category. It is an annual award, being given out annually in December. Any page can be nominated, granted it follows the requirements for nomination. It was founded in 2011 by Tama63. The current host of the Wiki Oscars is Captain Ned Edgewalker.

Following a one year hiatus, the Wiki Oscars will return along with the User Awards on December 19, 2018, under a new voting format.

Best Story - The Journey of the Leviathan 2 by GenLawrence

Best Play - The Mystery of The Stolen Design by GenLawrence

Best Originality - The Good, The Bob, and The Ugly by Bobby Moon

Best Overall Story - Men of the Day by Nults McKagan

Note: If you are a former staff member of the Wiki Oscars, please feel free to add yourself.

Retrieved from "https://gamersfanon.fandom.com/wiki/Wiki_Oscars?oldid=755863"
Community content is available under CC-BY-SA unless otherwise noted.