The Wiki Olympics are a competition held between Wikians once every year and a half. There have been two Wiki Olympics held in 2016 and 2018 respectively, though the 2016 games were not finished due to various circumstances.

The 2019 Wiki Olympics are scheduled to begin on July 7th, 2019, though this is subject to change.

These games have appeared in previous Olympics, but will likely not appear in upcoming iterations of the Wiki Olympics

These games have not appeared in the Olympics, but may appear at some point

The first iteration of the Wiki Olympics were held in 2016 as a follow-up to the previously held Undertale Writing Contest. The results of the contest were rather definitive, so the Olympics were created as a contest that would be more balanced for all involved. They began on August 10th and never officially ended, due to reasons listed below.

The Cactice tournament is particularly notable and memorable for both the Bronze match and the Final, both of which featured stunning comebacks by Sam Darkwalker and Squirto19, respectively. You can read about both in detail on the blog for the 2016 Olympics, linked above. 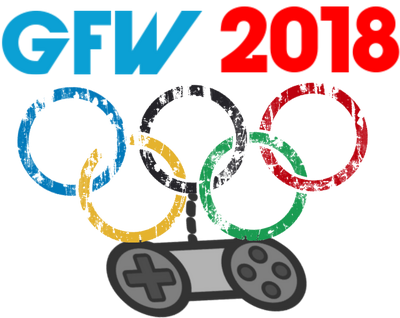 The 2018 Wiki Olympics began on December 21st, 2017 with Minecraft Hunger Games and concluded on January 7th, 2018 with Cactice. These Olympics were held due to the upcoming 2018 Winter Olympics in PyeongChang, South Korea. Seeing this, Ned had the thought of "the wiki olympics were fun, we should do it again and actually finish them this time". And so it happened.

The 2018 Olympics featured six events held on four different games, those being Minecraft, Cards Against Humanity, The Legend of Pirates Online and skribbl.io.

Nults McKagan was the winner of the 2018 Olympics, with a total of 10 points in the tournament, winning a medal in every event held. In second was Ned Edgewalker with 8 points, and in third was Squirto19 with 7. For summaries of the events held, the standings and more, visit the blog with the link above. 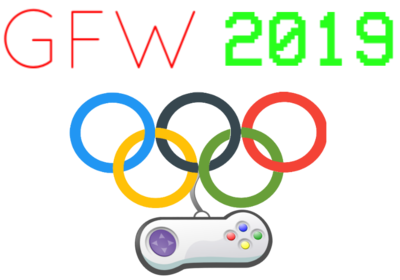 The 2019 WIki Olympics will be the first Wiki Olympics done in support of charity. Every competitor who signs up to participate will support a charity of their choosing, and the winner of the 2019 Wiki Olympics will have $50 USD donated in their name to said charity at the conclusion of the 2019 Olympics. The winner will also be given Discord Nitro for one month.

The 2019 Wiki Olympics are currently scheduled to begin on July 7th, 2019, though this is subject to change.

Retrieved from "https://gamersfanon.fandom.com/wiki/Wiki_Olympics?oldid=757001"
Community content is available under CC-BY-SA unless otherwise noted.