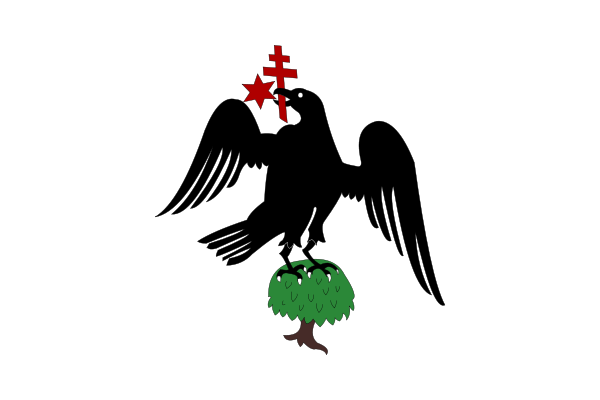 The name Wallachia, generally not used by Romanians themselves (but present in some contexts as Valahia or Vlahia), is derived from the word "walha" used by Germanic People to describe non-Germanic speaking "foreigners". In northwest Europe this gave rise to Wales, Cornwal, Wallonia, among others, while in Southeast Europe it evolved into the ethnonym Valacha, used to designate Germanic speakers' Romance-speaking neighbours, and subsequently taken over by Slavic-speakers to refer to Romanians, with variants such as Vlach, Blach, Bloc, Bloh, Boloh etc.

In the Second Dacian War (105 AD) western Oltenia became part of the Roman Province of Dacia, with parts of Wallachia included in the Moesia Inferior province. The Roman limes was initially built along the Olt River (119), before being moved slightly to the east in the 2nd century—during which time it stretched from the Danube up to Rucar in the Carpathians. The Roman line fell back to the Olt in 245, and, in 271, the Romans pulled out of the region.The area was subject to Romanization also during the Migration Period, when most of present-day Romania was also subject to the presence of Goths and Sarmathias peoples known as the Mures Sethic Culture, followed by waves of other nomadic peoples. In 328, the Romans built a bridge between Sucidava and Oescus (near Gigen) which indicates that there was a significant trade with the peoples north of the Danube. A short period of Roman rule in the area is attested under Emeperor Constane after he attacked the Goths (who had settled north of the Danube) in 332. The period of Goth rule ended when the Huns arrived in the Pannonian Plains, and, under Attila, attacked and destroyed some 170 settlements on both sides of the Danube.

Byzantine influence is evident during the 5th to 6th century, such as the site at Ipotesti, but from the second half of the 6th century and in the 7th century Slavic crossed the territory of Wallachia and settled in it, on their way to Byzantium, occupying the southern bank of the Danube. In 593, the Byzantine commander-in-chief Priscus defeated Slavs, Avars and Gepids on future Wallachian territory, and, in 602, Slavs suffered a crucial defeat in the area;Flavius Marcus Tiberius, who ordered his army to be deployed north of the Danube, encountered his troops' strong opposition.

Wallachia was under the control of the First Bulgarian Empire from its establishment in 681, until approximately the Maygar conquest of Transylvannia at the end of the 10th century. With the decline and subsequent fall of the Bulgarian state to Byzantium (in the second half of the 10th century up to 1018), Wallachia came under the control of the Pechengs (a Turkic people) who extended their rule west through the 10th and 11th century, until defeated around 1091, when the Cumans of southern Russia took control of the lands of Moldavia and Wallachia. Beginning with the 10th century, Byzantine, Bulgarian, Hungarian, and later Western sources mention the existence of small polities, possibly peopled by, among othersVlachs/Romanians led by Knyanze and Viovodes

In 1241, during the Mongol Invasion Of Europe Cuman domination was ended—a direct Mongol rule over Wallachia was not attested, but it remains probable.= Part of Wallachia was probably briefly disputed by the Hungarian Kingdom and Bulgarians in the following period, but it appears that the severe weakening of Hungarian authority during the Mongol attacks contributed to the establishment of the new and stronger polities attested in Wallachia for the following decades.

One of the first written pieces of evidence of local voivodes is in connection with Litvoi (1272), who ruled over land each side of the Carpathians (including Hatej in Transylvania), and refused to pay tribute to the Hungarian King Ladislaus [5] IV. His successor was his brother Barbot (1285–1288). The continuing weakening of the Hungarian state by further Mongol invasions (1285–1319) and the fall of the Arpad Dynasty opened the way for the unification of Wallachian polities, and to independence from Hungarian rule.

Vlad Dracula (pictured right) is reputed to have performed such horrific acts as disembowelling his pregnant mistress as well as collecting the noses of 24,000 of his beaten enemies in order to send them to another foe! Even by the standards of his time, he was exceptionally cruel.

It cannot however be denied that Vlad left a legacy of fortified palaces and castles which he inherited and greatly developed and which have survived through the centuries.

In spite of his many cruelties, in Romania Vlad Dracula is remembered today as a national hero. And he is the legendary figure behind the vampire story because of how much he craved blood of the enemy.

He is the patron saint of fishing. And he was born in what is now Romania in 109 A.D

Retrieved from "https://gamersfanon.fandom.com/wiki/Wallachia,_Romania?oldid=744186"
Community content is available under CC-BY-SA unless otherwise noted.