The 23rd Waguanian general election for the position of General Secretary of the Trade Union Congress occurred in the year 2018, approximately from January to March of that year, followed by the nomination of the Deputy Secretary by the Congress. 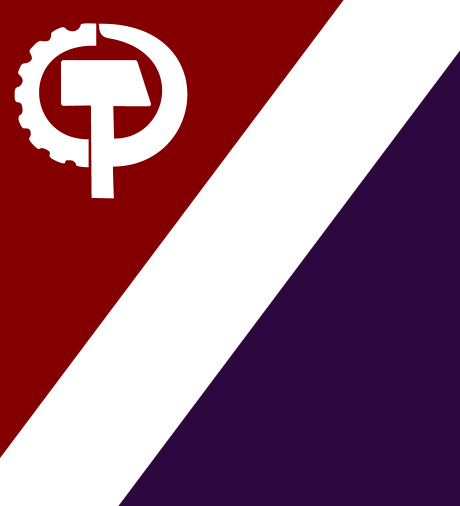 Incumbent General Secretary Steven Mott, a former pharmacist, was elected for his first out of three possible four-year terms in 2014. Having reached an agreement with the representatives of most industrial and and agricultural unions, including promises to push for more funding and additional representation for the two sectors, Mott was able to convince the the reps to publicly endorse the federalist-syndicalist, after doubts he would be able to appeal to rural, industrial voters. Mott emerged as the victor of the 2014 general election with 60% of the popular vote under the runoff vote system, and his pick for Deputy Secretary was approved by the Trade Union Congress the day after (candidates for Deputy Secretary are appointed by the TUC, not GenSec candidates, though the Congress usually approves candidates' top picks for their DepSec).

However, Mott's popularity plummeted approximately two years into his term, the culimination of growing worker distrust of the federal syndicalist ideology, which many had begun to view as overly elitist and too concerned with strengthening the power of the state and the Trade Union Congress instead of improving conditions for the proletariat. Lawyer, humanitarian, and anti-imperialist advocate Seth Burr emerged as an outspoken critic of Mott who appealed to the sympathies of the common worker and would not compromise morality for political gain. Very few were surprised when he announced his candidacy for General Secretary from a small hospital on his home island of Nevis.

Worrying the federalist status quo even further was the emergence of far-right liberal candidate Lloyd Barnum, who, despite his capitalist leanings and reputation as a grifter and ambiguously anti-native sentiment stoker, was still seen as a better option than another four years of vanilla state socialism. Though Barnum's following was small, his few dedicated voters were fiercely loyal to him, and most of his supporters were polled as likely to vote exclusively for Barnum or to select Barnum as their first pick and Burr as their second, ignoring Mott entirely.

Burr, despite his grassroots support, was still viewed with suspicion by native voters until he announced his pick for Deputy Secretary, Maggie LaScola, a hot-blooded native Waguanian known for her demonstrations in her home island of Pence. Waguanians with deep native heritage saw LaScola as a trustworthy DepSec who could keep Burr's interests aligned with those of both the rural worker and the silent minority who still faced social injustice in certain circles of the Combined Syndicates despite Waguania's socialist revolution.

With political parties abolished, voters will be tasked with evaluating each candidate based on their backgrounds and publicly listed positions on a range of issues, with the choice of either picking just one candidate or ranking their choices; if their first pick does not receive enough votes in their first round, their vote will be transferred to their second pick and so on until a victor is decided and a new General Secretary is chosen by Waguania.

Retrieved from "https://gamersfanon.fandom.com/wiki/Waguanian_general_election,_2018?oldid=756019"
Community content is available under CC-BY-SA unless otherwise noted.