Valencia is the most populous city in Sivella and capital of The Free Empire of The Chiss Descendancy. With an estimated population of over 600 million accompanied by extreme military and corporate presence, Valencia is by far the most economically powerful city in the Free Empire and a major financial center for the many international corporations that influence its politics and culture. It is located at the heart of The Chiss Descendancy, surrounded by miles of highly toxic waste and hidden defensive military bases. 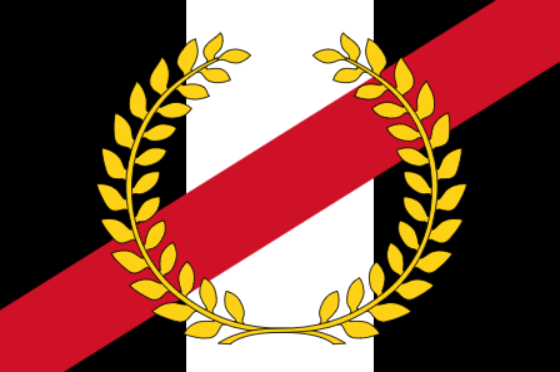 Since the first appearance of the Chiss species in recorded history, the highly advanced and reclusive people have clustered in and around the area in the center of the modern Chiss Descendancy. The city of Hamilton was the first to spring up thanks to early Chiss pioneers and holy warriors working in tandem to find a location suitable to serve as their people's hearth in their strange new environment.

Hamilton was ravaged by deadly storms that scarred the landscape, twisting it into a charred husk over thousands of years. Poisonous gas emanated from geysers in the area that choked the skyline with a green, smog-like substance; fortunately for the Chiss, this smog served as a natural defense for their home, as their robust lungs were able to tolerate it, unlike other species which avoided the area at all cost.

The city served as the home of the Chiss people, who modeled its grand buildings after their ancestral home. Its grand architects set about building a series of thick outer walls to keep out foreign invaders and theorized a grid of simple yet effective lightning rods to protect citizens and infrastructure from being fried by the routine storms. Against all odds, Hamilton withstood the test of time, and decades' worth of scientific advancements earned it a unique reputation as a global center for innovation; the population remained almost exclusively Chiss throughout the city's history.

After the fall of the Old Empire following the devastating Blue War, Hamilton was occupied by a skeleton crew of wartime adversaries and effectively ruled by a series of violent gangs. The city was abruptly recaptured by the new Chiss regime led by Benthamic, who claimed to be its rightful ruler. The foreigners were driven out and the remaining gangs either pledged their service to Benthamic's Second Advent or executed for treason.

As a display of power and to signify a new Golden Age, Supreme Leader Benthamic of the new Free Chiss Empire renamed the city to Valencia and made it his seat of power. Years of centralization ensued, with the city's financial state rapidly improving under new leadership and its defenses increasing tenfold with the advent of the revolutionary "pulse disruptor" technology, which kept out foreigners and effectively kept in its undead residents.

Several hundred feet beneath the ground is the primary living space of the impoverished working class that comprises most of Valencia's population. Sustained by a network of temperature control valves and lightning-powered illumination, the underground slums are a hotbed of deadly diseases and police brutality. Military presence is relatively low while the unseen police presence is high; one can never be certain whether they are being watched by AI-controlled government agents or private informants hired by the brutal corporations that maintain the living spaces beneath the city. Workers ascend to the ground level every morning via massive elevators that are almost always filled to capacity.

On the toxic ground level is the sprawling and violent industrial level. Workers emerge from the darkness and are immediately blinded by a stream of unforgiving light formed by ceaseless lightning strikes and neon signs from buildings overhead. There is copious noise pollution produced by the hum of unregulated factory machines and skyhoppers flying overhead, not to mention air pollution that kills or incapacitates most before they reach middle age. Those who are unfit or refuse to work in dangerous Valencian conditions are evicted from their homes and cast out on the streets, though there are many charitable programs at work to give the disadvantaged much-needed shelter who occasionaly receive funding from the omnipresent companies that dominate the city, hoping to improve their corporate image.

Heavy suppression by the white-armored military inspires daily revolts that end in bloodshed. Smaller squads are often ambushed in the streets by violent gangs who immediately scatter upon the arrival of dozens more soldiers that emerge from the rooftops and shadows to dispense swift and disproportionate justice.

Life improves greatly many feet above the deadly ground on the well-lit rooftops of lower Valencia, though careless pedestrians are still subject to violent crime or electrocution by wandering too close to the ubiquitous lightning rods. Workers who prove useful or otherwise resourceful to their managers can often be seen making their commute above the dangerous streets, and civillians are largely left alone by Second Advent troops who use the rooftops as quick access to the ground level or slums. However, perceived indifference all too often leads to lax behavior, and the true danger on the rooftops and middle-class apartments of lower Valencia is abduction by mysterious secret police who operate more quietly than those in the slums but execute the same dark task: eliminate political dissenters and conspirators.

Towards the shining center of the city, the massive "sky fortress" hovers just above the ground, the only method through which to escape the toxic lower levels of Valencia into the Elysian bliss of the above. The sentiment among the workers here is brighter and military presence is extraordinary; armed private and public soldiers guard every street and patrol the rooftops with personal floating vehicles through which they carefully watch for danger and respond to any threat in moments. Those seeking to enter the sky fortress are screened by the Granchian Trade Union, which operates the lift, and either vaporized or permitted to enter the upper levels.

The privileged and wealthy few, the elite of Chiss society, live high above the chaos of the lower levels in the unfettered harmony of the commercial levels - sometimes known as the Hamilton District. Sitting just above the green clouds are some of the tallest skyscrapers in Valencia, which house countless private establishments from grand theatres to gargantuan shopping malls in which the decadent upper class squander their endless wealth on the newest technologies.

What little military presence there is in the commercial level is largely perceived as benign by the level's inhabitants, and the relative absence of the secret police sometimes allows quiet talk of heretical ideals to occur; however, such conspiracy is always quickly laid to rest thanks to frequent news reports that detail the all-seeing eye of the Second Advent and the military's daring raids of opposition headquarters. This more laid-back approach to dissent in the upper levels is a conscious decision by Benthamic; his most fortunate subjects are left to their own devices to toil as they wish, reasoning that a suppressed populace is less inclined to spend. That is not to say the lower levels are rife with consumerism; the working class of Valencia are simply more concerned with survival than consuming luxury goods.

Extravagant Chiss attend live hologram performances of long-dead musicians in grandiose arenas and enjoy dinner with their significant others (sexual deviance is common practice in the upper levels) watching the sunset over green pastures and cliffs overlooking the vast ocean; the inner walls of the domes that encase the commercial level are lined with highly advanced screens that seamlessly display different locations on the planet to enhance the romantic air of the city. Valencia's citizens are more or less aware that these sceneries are mere illusions, but allow themselves to be deceived by the technological trickery if only to escape the mundanity of the city's political landscape. Still, some prefer to stand at the edge of oblivion, taking up residence in the corners of the commercial level that allow a clear view of the violent storms and all-consuming smog of the city below.

Perhaps as high above the commercial level as the commercial is above the industrial is the administrative sector of the city, where few civillians travel in a generation and the shadowy Chiss government carefully plan their next move. Three buildings, the tallest in Sivella and perhaps the world, comprise the administrative sector; the Private Wing, where the wealthiest oligarchs in the Free Empire discuss finance and trade, the Science Center, in which the brightest Chiss minds debate and devise experimental research and development, and finally the Spear of Janus, the tallest of the three. The Spear acts as both the military headquarters (including the office of the secret police), the legislative chamber, and the Supreme Leader's private dwelling. No step is taken and no word is spoken in the administrative sector of Valencia without intelligence officers in the Spear knowing about it.

From the roofed balcony at the absolute highest point in the city, Supreme Leader Benthamic addresses the whole of the Free Empire, expressing his plans for the nation and ensuring the populace of his confidence in the success of his people.

Retrieved from "https://gamersfanon.fandom.com/wiki/Valencia?oldid=756023"
Community content is available under CC-BY-SA unless otherwise noted.