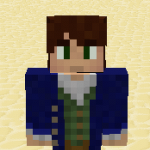 Leave a message at the bottom of my page to talk to me! I'll answer as soon as I get on!

Thanks for the message. (Nice template too.)

But I don't intend to stay long. I just wanted to see if GenLawrence wanted to guest star, and then I'll be leaving. I just came here because I saw in his videos he played pirates online, and I was hoping he was here.

Sorry if I was on chat, I really didn't mean to click there. I did it accidently and then had to go away. Can you unban me please. I will not make the same mistake again. My apologizes, once more. Reply me on my talk page. Thank you for understanding.

Its not spam i had a good intention to post my pirates picture on it and i had some stuff for it.

The page was completely spam. The page was just a bunch of smiley faces. If you want a pirate page, name it after your pirate. Stpehen Was HereHello

Step, maybe we can restore the page if he renames it to his pirate's name.

I'll restore it, rename it to your pirate's name and remove the futuristic content Stpehen Was HereHello

Uh... William Brawlmartin has said "bitch" three times in chat. He said it twice yesterday, and never stopped. I think it should be a ban, or three strikes?

He got a strike today for saying that. I'll see if he's still swearing, I'm logging on. Stpehen Was HereHello

I never requested that this page to be deleted: http://potcoplayers.wikia.com/wiki/Mustafa_Singi_Beljeet_Aabheer_Ibn_Radhakrishna

Please restore it as I cherished it.

I notice some accounts have been trolling in the logs. I should have waited longer in chat last night after I banned JadeyPants, but I was really tired. Sorry I wasn't there to stop it. Do you think it's Pearson trolling over the Spain thing?

Pearson says that it was Basil Brawlmonk posing as him. However, I've just noticed that Matthew O'malley is saying that Pearson did in fact do it.

You forgot to add me to the Chat Ban list.

No. That crap is not funny at all. Don't leave me messages like this anymore. Stpehen Was HereHello

Christmas may be over but it's never too late to wish everyone a happy holiday season!

Have you felt it?

Retrieved from "https://gamersfanon.fandom.com/wiki/User_talk:Stpehen?oldid=749881"
Community content is available under CC-BY-SA unless otherwise noted.