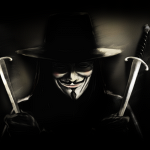 I forgot that there was an actualy hector Wildhayes. You may return. Terribly sorry.

Strike 1. You have 1 strike for censored swearing on the LIN page. You cannot swear in any way on this wiki not even with stars(***). Stpehen Was HereHello

Just here to politely ask you not to upload those videos. We are trying to isolate Pearson from this wiki due to his history here, and if he doesn't care, he would stop. Second, that video wasn't deleted for profanity, it was deleted because it was made to slander an individual, and because of Pearson being isolated.

Actually make the war declaration a blog on the swiss wiki so matthew can view it. here is a link:

Hector, please don't complain about the deletion. It was going to cause drama, several users in chat wanted it gone and we have a rule that restricts messages from banned users. Stop calling me "immature" and "cowardly", those insults do not get to me, I like to wave at them as they pass by ( Jack Sparrow quote ). I have my reasoning to delete the blog, you should understand that. Also, try editing some pages and improve things a bit more, as well as Elizabeth. It might make you feel better to write something, it always does for me.

Ok, Matthew and I are waiting on chat. 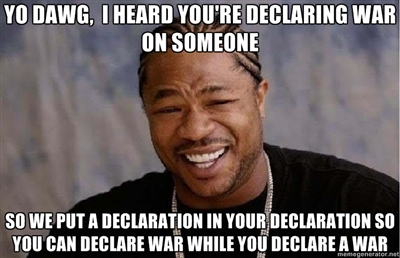 I'm glad you understand our situations, and I understand that you want this page to be public. Unfortunately I believe it will cause to much and the users in chat agreed it was best to delete it. And the reason most of the spanish roleplayers are banned is because when they come here, most of them don't contribute, they just come to complain and cause fights. I'm not insulting you or your group, it's just a fact, really.

As per our policies, we ask that you refrain from advocating the unban of Pearson Wright, and understand that he is an infinitely banned user who, despite how many times you argue, will never be unbanned (thus the infinitely banned). Furthermore, we ask that you do not make open attacks directed at certain users; this includes the administration. Failure to comply with this warning and a continuation of these habits will result in a cooldown ban. Thank you for your understanding.

I kindly ask that you restore my comment as there was nothing in it that directly and/or indirectly requested that Pearson Wright be unbanned. Your administration consists of 3 people, 1 of which is a dear friend of mine. You don't have to classify it as some private group, Mr. Jeremiah Garland. I'm sorry, but I can't say "you're welcome", because I do not understand why I am being "warned". Instead of calling me "illogical", perhaps you can explain to me how my comment merited deletion, when many of your comments are both condescending and pretentious in nature. I would love to speak with you in chat, one on one, if that is possible. Thank you so much.

What's ironic is, Switzerland isn't even mentioned in this. Come to think of it, I forgot to mention Switzerland.

You Imperialist people make me sick, how do you ever expect several countries just to bow down to your weak power. You should look into the realistic effects.

I wasn't done making it. I was going to add a top note...

We expect them to bow down to us because:

The Vatican and The Papal States - Pearson Founded.

France - Pearson rules by marriage to its queen, Grace Goldtimbers.

You're truly fortunate that we haven't gone ahead and expelled you all from Switzerland for treason, which we have the authority to do considering we created it for you.

You have the audacity to call us weak? I'll give you a war that you'll never forget, little seed of evil.

The realisistc events? You're a damn fool. The "reality" is that Pearson can exile all of you whenever he pleases seeing as he founded the nation that you geniuses have ruined.

Calm down. He is new to Roleplay...

As are you, Tyler. You're in no position to even consider betraying the very people that gave you the opportunity to rule.

You'd NEVER get such an opportunity with England. You don't bite the hand that feeds you.

Dude seriously learn to sop acting rude. We aren't betraying the people who created us, as I said in my above comment, I am going to add a personal note. I am busy right now though.

Hector, Why did God create so many idiots?

Maybe because your the biggest one?

Blue, I would be appreciative if u stopped. Read the top of the blog.

Proverbs 18:2 - "A fool takes no pleasure in understanding, but only in expressing his opinion."

Pearson left switzerland in ashes when it disintergrated. He also just wanted the whole of Europe because hes too greedy. Pearson is a bad person who shouldn't be given the rights to govern the mass of the world.

Yes, indeed, those were some troublesome times for all of us and there was certainly a lot of stress accumulating throughout the POTCO United Nations Wiki in 2012 and 2013. I'd rather not look back at these moments as I've put the past behind me and am determined to focus solely on the future. :)

Hey how do you contact pearson these days? lol

Hello Hector, as you can see, I am alive. Be sure to tell my elder brother Pearson that he needs to contact me as soon as possible. I am however glad to see you doing well. take good care my friend.

Retrieved from "https://gamersfanon.fandom.com/wiki/User_talk:Lord_Hector_Wildhayes?oldid=697621"
Community content is available under CC-BY-SA unless otherwise noted.