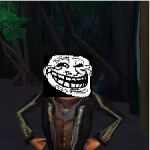 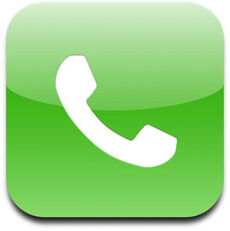 Welcome to Pirates Online Players Wiki, and thank you for your contribution to the File:Jack Wolfspain.jpg page! There's a lot to do around here, so we hope you'll stay with us and make many more improvements.

First, Please Please read the Rules and The Code!

Wiki Activity is a great next stop, because you can see what other people are editing right this minute, and where you can help.

After this, there's tons more you can do!

Need help? Ask An Admin!!! We have several admins here, and they are all willing to help you!

It's good to have you here, and we look forward to plundering with you!

—from The PPW's Community and staff!

Hey, a little heads up bro, you have to get permision from an admin to make a category, i'm not sure if you got permision to create the category, but just for future reffrences, thanks mate! Happy editing!

Please do not create/modify any more Pages which are too modern and are out of the game's time span!--

From now one please do not make a role play page ie. Germany declares on Spain without asking an Admin See here---- Tama63 Talk

Your the 6th Generation

And how do i make editing unhappy? And you didn't do a very good job of being anonymous....

You weren't banned for what he did. You were banned because of plagiarism and exclaiming your plan to humiliate Skull just because you were asked to change your page.--Shade

Um, he can't be banned for plagarism, you didn't copyright the name "Skull's Marines" and it can't be punishable in an online game. Plus, you can't ban someone for suggesting a plan. I banned him for ecessie arguing during the incident.
John Breasly, Former Admin

The plagiarism was not the name. How many times must we say that? All his ideas were EXACTLY like Skull's Marines. And actually, he can be banned for the plan. He himself stated on the wiki he was going to the game to impersonate Skull and humiliate him.--Shade

State how he humiliated you.--Shade

How is that anywhere NEAR humiliation?--Shade

Of course I can read, and I hope you'll show respect to people this time. You also failed to answer my question, instead choosing to insult me. Suspicious.--Shade

There wasn't an argument. I was just asking you a question, and you're suddenly dropping it. Interesting.--Shade

There was an argument, i ask you questions that you dont answer, and im dropping it because im done fighting.Its not interesting or suspicious.JackyWolf 21:43, September 7, 2011 (UTC)

Don't try to turn it on me. You didn't ask any questions. In fact, it was the other way around, and it's interesting because you insulted me when I asked you a question, then dropped the whole thing.--Shade

Dont turn it on me. I did ask a question. You insult me ALL the time. I dropped it because i dont want to fight anymore. I have better things to do.JackyWolf 22:10, September 7, 2011 (UTC)

I didn't turn it on you, it was already on you. I've never insulted you, now stop blaming me and acting like a hypocrite. And I wonder, how you had so much time to continue saying this stuff, yet you never had time to answer my question.--Shade

I don't see a question. And here is a word of advice: Show some respect to your Admins, thank you very much. And I've never insulted you. If I wasn't such a nice Admin I would have banned you by now because of A. Your hypocrisy, B. Your malicious behavior, and C. Your attempts to make someone else bear the blame.--Shade

Im getting tired of this, can we PLEASE just stop fighting. I didnt ask for all this. I just wanna be the user i started as. JackyWolf 22:11, September 8, 2011 (UTC)

I'm getting tired of your attitude. I recommend that you start showing respect to people instead of throwing tantrums when you're asked to make your page a blog. That also applies to your tantrum when I said you're making a big deal out of a simply request.--Shade

Dude, please dont get all mad. YOU should show respect to. I dont make tantrums. I just want to stop all this fighting. Why are you targeting me. Im just trying to be a user, and make a simple page abot this, to honor those who died. Cant you respect that? I try not to have the attitude, and i just want all this to stop? OK? Please stop getting all mad at me.JackyWolf 22:51, September 9, 2011 (UTC)

Jacky, shade is an admin and knows what is right. Discussion pages should be blogs and because it has nothing to do with POTCO it should also be a blog. There are already 3 blogs or pages or whatever about this subject and its getting a bit touchy so please respect shade.

I just wanted to honor my uncle, and those who died. I made it a Blog. He IS beaing pretty mean to me, and i just want all this fighting to stop! Is that really to much to ask? I want to be the user i started as, with the admins LIKEING me instead of getting all mad at me. All i want now is for all this fighting to stop, and for tama, skull, and shade to stop hateing me and to stop getting mad when i say something! Im SICK of all this fighting! I want it ENDED.- JackyWolfJackyWolf 23:01, September 9, 2011 (UTC)

I've had it with your attitude. Whenever I warn you for your behavior, you throw a temper tantrum at me. Nobody is being mean to you. We aren't hating on you, and if you don't:

then you're not going to last long here.--Shade

Then stop doing the 2 things I listed above.--Shade

I AM. he is with me, but im trying to stop the arguing!JackyWolf 14:16, September 10, 2011 (UTC)
Well, if you're trying to stop arguing, then you have to drop your grudge, stop blaming me and Skull, and stop trying to make us look like the villains.--Shade

Jacky, give it up.

This is the problem. Admins are always thinking they have SO much power and that there always right. Im trying to drop the grudge, but i suggest YOU drop yours as well Shade. Im trying to give up, but the Admins are always getting mad at me. And I SWEAR that Titan Marines was NOT a copy of Skull's Marines. You dont own Tortuga. "Marines" isnt copyrighted. Its a free country. I WANT THIS FIGHTING TO STOP.

I'm getting tired of you pretending to be innocent. I have no grudge, and you are just throwing temper tantrums because you were told to change the guild. Stop trying to play victim, we know what you're doing.--Shade

I'm not targeting you, I'm just confronting you because you keep throwing tantrums every time you're warned, and lets not forget your attempts to make me look like the villain.--Shade

You're not going to tell me what to do, Jack. As long as you behave, then I won't have to put up with you.--Shade

For your behavior, you have a second Strike. Additionally, you also have a Cool-down ban. Unless you drop that pathetic vendetta of yours and stop blaming people for your actions, you won't last here. When you return, I expect you to behave and to stop blaming people. I also recommend you stop saying that I am the one with the grudge, because if I actually had a grudge, then your ban probably would have been much longer. But know this, if you keep your behavior up, your bans will get longer and longer. Persistent harassment will result in a perma-ban.--Shade

Jackie, its not worth it, don't get yourself in trouble.

Ok dude, not that, that isnt weird, but something like "This person got blocked".

The Voice of the Voiceless

Keep up the good work, and this isnt a must, this is just a, more or less, look good kind of thing, but you can put either (fake, not real) or (real) on your page.

The Voice of the Voiceless

Userbox done :) (I think i outdid myself)

Want to be a part of it, if so check out this page Taps-Reveille. A part that we really need is the scared us army soldier.

An Offer You Cant Refuse

From the Desk of

I would like to offer you a publishing company for your movie.

Would you like your movie, The Blood of the Phoenix, to be published by La Mafia Productions? Many of the cast of your movie works there and we will be glad to help with your movie. Sadly, PWNAGE Productions, my old company, was disbanded and has become inactive, but Lawrence Daggerpaine has taken over ( he works at La Mafia Productions as well now ).

The officer, yes. The squads, I'll think about it. Maybe if we get bigger and have more players on at a time.

Put the following codes into your MediaWiki:Wikia.css. Change my name to your username. You can also change the colors to anything you want.http://en.wikipedia.org/wiki/X11_color_names Copy the codes or names of the colors there. It would be best to edit this to copy the codes.

I'll probably next be on next weekend, I'll do it then... if you remind me :P

Probably, have no idea at this time; depends on how I feel at the time.

I got the green text and border as you asked. Unfortunately, I couldn't get the coding to accept "dark gray", or any gray for that matter, so black was the next best thing. Sorry 'bout that. I'm not an expert, so Parax might be able to help you get it exact.

although they lost all of their players this year :(

i really hope the football team will have a rank :( lol

I made the image of my pirate on my user page, using GIMP.

And no Thanks on the custom signature, but thanks for asking :)

lol, Thanks for subbing :D

Ok, to remove the background you have to use the lasso select tool to crop the image of your pirate.

aww, i'm sorry. in the meantime i'll try to find a video or something.

What ya mean, remove the outline of the photo??

You just gotta crop it :P

There are 2 ways to do this:

I don't see anything wrong with it. Although, in the future please rather ask Kat or someone, because I am inactive during most weekdays so I will take a while to respond.

Retrieved from "https://gamersfanon.fandom.com/wiki/User_talk:JackyWolf?oldid=532717"
Community content is available under CC-BY-SA unless otherwise noted.