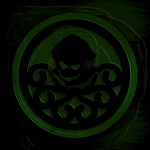 aka Richard, The Agent of Chaos

Welcome to my talk page! No, I don't have those special coding thingamabobs that most have, because well, i'm rather too lazy to add them. But I'm not too lazy to read and respond to your messages!

Please dont have arguments on the page.

It's just the usual. I reorganize the rules, rephrase them. Like I do regularly. Nothing changes, just the wording, and the format. This time I plan to add some graphics. --Batorhos 20:11, November 9, 2012 (UTC)

http://potco-united-nations.wikia.com/wiki/User_blog:Paradox_Overlord/Response_to_excessive_vandalism_on_The_POTCO_Players_Wiki_and_POTCO_Switzerland_Wiki#comm-2647 - His blog - Sounds like a Ultimatum or a threat :P

http://potco-united-nations.wikia.com/wiki/User_blog:Paradox_Overlord/The_Treaty_of_Vienna_-_November_19th,_1746#comm-2711 You should check out the comments on this page lol

Oh this is funny the wiki name

3. Sorry havent been around lately but my facebook post will say cause its to hard to write (may include minor swearing) http://www.facebook.com/bill.plunderbones/posts/166156196864572

Anyway see ya evetually when i feel good again

You say I play to much lol  well here what wiki user Masteran says I'm one of those people that most would say spends WAY to long on his computer. I'm always hoping to find cool new things like famed sea charts, globes, and cannon rams. I have finely found a war scatter gun for one of my lvl 50 pirates, I just need a few legendary cursed on her now and a bunch of famed cursed as well lol. To tell you the truth there is no secret to looting, just luck.... a few of my pirates have it the rest of them.... well.. they just don't have any at all. I have so far 12 pirates 7 of which have already done the ravens quest. anyway seeya Sunday :P Bill Plunderbones, Head of the Society of Light. Co-GM of the Gen. Of Peace, Emperor of Japan Ceo of DI,

Do you think you could do a story of me or one of my pirates? Protagonist or antagonist, idc. Storyline, I may have some input in, but mostly I dont care. Please, I will meet you in game and give you any information about the pirate you need.

p.s. - could you tell me how to get rid of the timestamp?

here Bill Plunderbones, Head of the Society of Light. Co-GM of the Gen. Of Peace, Emperor of Japan Ceo of DI,

Updated one (you have no idea how long it took to get those lighting bolts to line up :P)

You didnt have to draw them :P There's a tool lol

Signed -Black Angel, Ruler of your dreams and turning them into nightmares......

LOl i did use the tool its just alingign them using rotate took a while to get right.

Signed -Black Angel, ruler of your dreams and turning them into nightmares.

why did i get banned from chat

Heres the chat when no admins were present

William Brawlmaritn get out le smack 8:18

William Brawlmaritn hey gold we got alot in common I LIKE GIRLS YOU FAG lol jk 8:19

William Brawlmaritn but seriously i like girls idk bout u and bart or wat ever but i hope everything turns out great for u in the end 8:19

Sry, but it'd prob be better to show a screen, or else this isnt rly proof :P

Signed -Black Angel, stealing your dreams and turning them into nightmares.....

Bill, funny how you would post this, seeing as you complain about how bad I beat you down in Pvp, then you go cry about it on chat while im not there. Many people have told me about this. Do not try to dodge it. For example: First, I was told by John Breasly, Gman, and many others following. I suggest you take it easy, or else I'll actually try and PvP you.

Funny how first you were snooping on rich's talk page and also I am just doing what I always do when no admins are present. Also im surprised your only acknowledging me when many other popel do it just as much. Bill Plunderbones, Head of the Society of Light. Co-GM of the Gen. Of Peace, Emperor of Japan Ceo of DI,

You do know you just admitted that you misbehave on chat while no admins are on correct?

SIGNED-Black Angel, stealing your dreams and turning them into nightmares.....

No Bill, I don't believe any other "popel" do that!

Sry im on here, i left a message to vane and can't get to unfollow this page :/

SIGNED-Black Angel, stealing your dreams and turning them into nightmares.....

HOLY! Ok, just so all of you KNOW, my talk page is not a place for arguments!!

The power of google! :P

Well actually it was yahoo. I think half of these are free trials, but seriously, give it a shot xD (and don't download them all at once so you can have a full month plus of free trialing MUAHAHAHA >:D)

Lol whatever you like, i'm just cheap so I'd rather get the free one. Depending on which site you choose, i can download it on our "not secure" comp to check for anything sketchy. If you're gonna buy one pleeeeease let it have a vader option xD Cher Bear =D (talk) 06:02, January 6, 2013 (UTC)

Can we meet on another wiki? -_- Blue (Purple) was starting to piss me off.

P.S- also might not be on much today still feeling little sick from yesterday

And even banned, I'm still trying to help your wiki.  You're welcome, bud.

^^^^^^^by the way I saw up there you posted on your own talk page. Niiiiiiiice bro, nice xD

Garland using innaprorpiate language that is making me uncomfortable.

Hi, here: http://potcoplayers.wikia.com/wiki/User_blog:Jeremiah_Garland/General_Reminder_on_Sexual_Terms_in_Chat_and_%22Getting_Around_the_Rules%22#comm-352652 at that blog, Jeremiah used a lot of words that I don't like and i wasn't warned. He used penis damn hell idiot dick sex femur pancreas BNO and ass. Dick is not allowed and he didn't put the CAUTION:CONTAINS STRONG LANGUAGE warning at the top. Plz remind him that he represents the community of the wiki and its not ok to use those terms maybe demotion ok thanks.

Read that.  It might give you some useful insight.

It is rather urgent.

You have been called with me, along with User:Squirto19 to be in our PPW Signature contest as a fellow judge! Please contact either Squirto19 or nyself in chat/talk page for more info! Thank you!

Hi Captaingoldvane2, I have on my Wiki one Admin.Do you want function Admin.

I will ask this one and one final time. Meet me on http://potcoblackguard.wikia.com/wiki/Special:Chat or I will come back prettu pissed off. Vice Admiral Blake Stewart (Talk) @User

You know the drill

Pls go back there xD

U pls meet me der or deth

Permission to post a link to my wiki on my user page?

This is word for word from Samuel:[5/18/2013 6:43 PM] Goldvane, it's me, Samuel.  I've quit the game, and I'd like to announce it to the wiki, so I can please them all.  I would like to  be unbanned for about 20 minutes or so while I write a blog.  It is a fairly long blog, but I can get it done in that amount of time.  If you really don't trust me... Then I don't know what to say.  Just post your response on my talk page.  I hope you actually understand.

Richard, It's me James O'martin please contact me on piratesforums.co asap. Rebel and I want to do the final duel before potco closes.

Hey, did you not believe me on the game?

If we could chat somewhere soon, that would be great. King Of Kittehstan BLAKE STEWART (HAIL THE SEEDLINGS!)

No, "badass Par" is not "taking action."  He's defending his friend and abusing his administrative powers because, you know, the internet gives him all the power.

It's honestly cringe-worthy that you both take the internet this seriously that people "take action" and are "badass."  Like... what?  It's literally a circlejerk, you and your group.  Everoyne's around each other like "mmhmm yup you're the best cause internet = OP."

Just stop wasting your time with stalking my activity on this wiki and agreeing with everyone who disagrees with me.

never got the chance to really say it, but you were by far my favorite admin. thx for not being a complete ass, like every other admin that was every on this site.

Yeah, I have a TS. I might try SWTOR, is it subscription-based? We should talk sometime

I just wanted to let you know

How to depict my messages

Obviosuly if it was sarcasm I would have used a different sig, sig2 or sig3 are usually ones I use. But I also use those when someone pisses me off and I have to go drama-ragemode on them.

I have another compliment for you

Is tom wildfitte.  dunno if you check here but i added you on facebook >.>

I really enjoy the picture you gave me. It moves too and its HD and it's awesome and its cool and its super dapper dee daAaAaAaAaA. You must be a magic person. Much love £>

Retrieved from "https://gamersfanon.fandom.com/wiki/User_talk:Captaingoldvane2?oldid=758193"
Community content is available under CC-BY-SA unless otherwise noted.