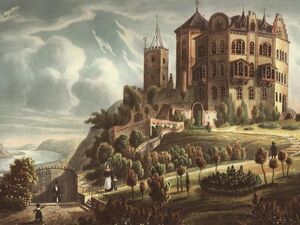 The Council was founded when Benjamin Macmorgan, Jeremiah Garland, and Jack Goldwrecker came to the suprise that there was no place to have large meetings on role-play, and wanted to recreate an organization much like the League of Indepedent Nations, except keeping it private and controlled. The goal is to create a group where members can speak their minds, and discuss open topics on role-play.The council recognizes that many people have many thoughts on their mind, and they should be able to speak freely without limitations.

The council is open to any discussion, and its purpose is to give its members a voice to speak their minds. As such, every member is requested to speak respectively and to not engage in arguments with other members, debate is allowed, but arguing is not. Any such action would result in the immediate exclusion of the member.

Some topics which would be highly spoken about are..

All topics are simply discussions, and the goal is to try to let members speak freely in private without having to worry about being quoted or argued with.

Normally in meetings, a guest speaker will be invited to join for that meeting. Guest speakers will normally be experienced in what the theme of that meeting will be, and will be asked to give their opinions on what is discussed.

There is no set number of members, and members do not have to attend every meeting. The goal is to be a resource and club, not a strict organization. 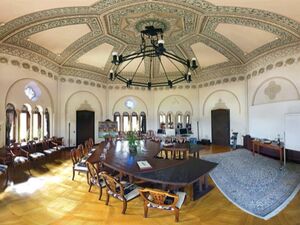 Above shows the conference room, where all discussion takes place.

Meetings will generally be on Saturday nights, but could change. Members will meet at the wiki chat, but then will be sent a private message with a link to a separate chat. The chairman will then start the meeting by announcing the theme of the discussion, each meeting will generally be split into 4 discussions, the last two being decided by the members, and the first two preset. All meetings are strictly confidential, in the case of a member giving away the link to a non-member, that member will be excluded and banned from that chat.

Members -A list of people requested to join, if you are on the list just say in the comments if you accept to join.

Retrieved from "https://gamersfanon.fandom.com/wiki/User_blog:Voxelplox/The_Council_on_Development_of_Role-Play?oldid=623621"
Community content is available under CC-BY-SA unless otherwise noted.