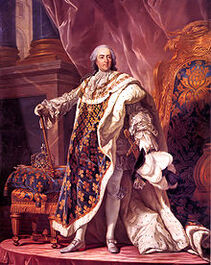 "With love we are humans, without iron we wouldn't be made of steel. Without gold, we wouldn't have corruption"

Birthname: Louis, Duke of Anjou. ( lastnames weren't invented until Napoleon came along in 1799 )

Louis, was born on 15 February 1710 at the Palace of Versailles , France. In his early years, he always dreamed of sailing the seas. He heard stories of large vessels, sea warfare, the more he read and heard the more eager he was to set sail.

At the age of 31,Louis scrambled up a crew to sail to New France. Weeks after their venture, a large storm swept by, waves crashing, men falling overboard. Louis knew it was time to take the wheel. He jumped over to the wheel, pushing the captain off the ship, and sailed out of danger. By then, he knew he was destined to sail. 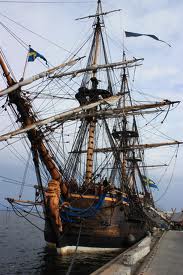 3 months passed, and land was found. Louis docked the ship, not knowing where he was, he looked around and noticed he was in Port Royal, in the Caribbean! Louis was completely lost in the crowd, he never knew what a "marketplace" was like. He went over to a stall and grabbed a piece of meat and started eating it, the man claimed he was stealing, navy guards confronted Benjamin, he quickly grabbed one of their swords and ran. The chase was on, bumping into men and women, jumping onto carriages leaping onto buildings, Louis had a sense of satisfactory for the first time of his life.

The Change in Life

Louis continued to run, he then bumped into Pierre Pontills, a French merchant "Benjamin! What are you doing here? What would the Prince of France be in Port Royal?" The crowd turned around, silence.. Louis was lost for words. It was if his cover was blown, after seconds of silence the crowd ran towards him acting in full amazement. Guards came and escorted Louis to a Fort. Wine, tea, and all sorts of fancy creations were put onto the table for Louis to eat/drink. In his mind, he went from being free to being in a pampered prison. 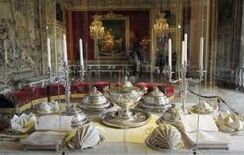 A few minutes later, a French Navel Captain approached Louis and bowed, "Your majesty, its such an honor. For your protection, I shall be escorting you to France" Louis sighed in relief, but deep into his mind he would miss the adventure of sailing and the bustling town.

Back in France, The French Government was in distress. Dictatorship was on the rise, Spain had already fallen to a tyrannical regime ruled by Francis Chiphawk. Louis wouldn't let the same happen to France. He gathered a group of supporters, and at midnight they stormed the Palace. The coup d'etat failed. French soldiers opened fired at the rebels, Louis fled. 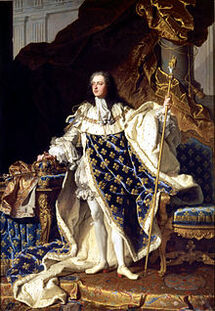 Weeks later, a growing faction of Militarists started growing. Most of them favored Spain's dictatorship. Louis couldn't let France fall into the hand of Paradox-Militarists, so he met with his friends again and they prepared a second attempt at a coup d'etat. At 1:00 am, on a Saturday night, they stormed the Palace. It was a success. Weeks after Louis took leadership, France was prosperous. Battles against the Spanish started ending in a victory, the people were happy, and the country was growing.

Call to the Caribbean

After a four years of leading France, Louis Macmorgan headed back to the Caribbean, in search of understanding the arts of magic and discovering some of the lost treasures.

Retrieved from "https://gamersfanon.fandom.com/wiki/User_blog:Voxelplox/King_Benjamin_Macmorgan_of_France?oldid=705192"
Community content is available under CC-BY-SA unless otherwise noted.