Hear Ye Hear Ye all! Guess what. WUT YOU WUNT DRAMA QUEEN I MEEN KING? I am here to declare the necesity for a ruler of a nation in Europe. We have all been finding the need for this for a while as this nation is very vital to 18th Century Europe. So after much debate w ehave officially agreed........ Pearson Wright = Nobody Spain = Leaderless This blog = Vote Without further ado.....

Thes epeople have been selected as ideal candidates for the nation of Spain. We have officially found Spain to be a necessary fit to Europe but not in the form it is being ruled, and all generally agree that nobody but Spain themself like Spain. Oh and the manipulated Papal States. Also we will if you would prefer in person voting, a Community Vote format as well. 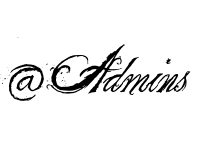 Retrieved from "https://gamersfanon.fandom.com/wiki/User_blog:Reyes_De_Luz_(Albert_Spark)/Hear_Ye_Hear_Ye!?oldid=658326"
Community content is available under CC-BY-SA unless otherwise noted.