So, as some of you may recall back during the Undertale Writing Contest, I mentioned that I'd be holding another contest in the near future that would hopefully not just be #LITHWINSLOL. This is that contest.

So, I thought, what better way to celebrate the 2016 Rio Olympics (which are shaping up to be one of the worst Olympics ever, not a coincidence) than by hosting our own cancerous version! Unlike the actual Olympics, which start today, we'll start these on a day and a time that's convenient for everyone who signs up to participate. They will last two weeks from the date that we start on. There will be a total of 5 competitions spanning 4 games. These games are Minecraft (Cactice and a Capture-the-flag-esque event), Conqueror, Cards Against Humanity (You know the drill), and last and possibly the most fitting, Monopoly (THIS IS SO INTENSE PLS).

There will be a rankings system that works like this: first place in a competition gets 3 points, runner-up gets 2 points, third place gets 1 and everybody else gets 0. The rankings will be tallied up here. Whoever takes first place wins a $15 (Canadian Dollars tho) reward of their choosing on Steam. It can be anything from a game to CS:GO skins, as long as it's on Steam.

Sign up in the comments if you want to participate!

The Cactice Tournament began on August 10th at 1:30 PM PST.

Following Ned's defeat, he faced off with Sam for the bronze medal in a Best of 9 game. Ned climbed to an early 3-0 lead, but Sam made an impressive comeback, making the game 3-2. Ned defeated Sam in round 6, putting up a 4-2 lead. Despite all odds, Sam came back to win the next two rounds of play to tie up the game 4-4, setting up a finale in round 9. In round 9, Ned defeated sam to win the game 5-4 and take home bronze.

Following the bronze medal game was the gold medal game between Cannonwalker and Squirto19 in a Best of 11 game. Cannonwalker got out to an early 2-0 lead, but Squirto came back to tie the game up 2-2. Cannonwalker then got out to a 3-2 lead, but that was vanquished quickly and he tied it up 3-3. Squirto's chances seemed to have faded completely when Cannonwalker won 2 rounds in a row to go up 5-3, 1 win away from victory. In the second remarkable comeback of the tournament, Squirto won 3 straight rounds to defeat Cannonwalker 6-5 in the Final of the Cactice Tournament to take Gold. 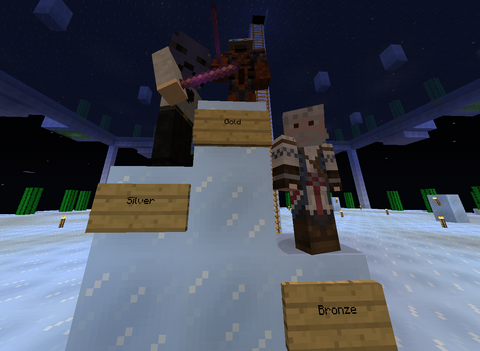 Zoomer (Hurrcheese) won the first game. Ned won the second. Squirto won the third and Nults won the fourth. This setup a finale game where whoever won would walk away with Gold. In the final stage of the game, Nults was leading Ned & Squirto by a score of 9-8-7. Nults needed one more point to win. Ned was the card czar and picked Nults' card to win the Gold Medal. The final score was: Nults - 41 points. Squirto - 35 points. Zoomer - 30 points, and Ned - 26 points.

All schedule times are up for debate and can be changed.

Retrieved from "https://gamersfanon.fandom.com/wiki/User_blog:Captain_Ned_Edgewalker/The_Second_Competition/2016_Wiki_Olympics?oldid=753652"
Community content is available under CC-BY-SA unless otherwise noted.