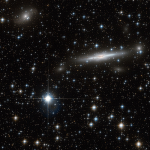 Jay Brightsun's life was filled with many adventures and escapes. He was relative to the infamous Benjamen Teach and Edward Storm, both of whom were cousins and good friends. His insane uncle drove him to the point of where he escaped the house with his brothers. His uncle was insane of obession of finding the foutain of youth. One day, Benjamen Teach came back to the house, a pirate. He and his uncle set out on the journey of piracy, plundering and pillaging, until one day, Benjamen's loved one died, and he and his Uncle set out into the sunset, never returning.

All this time, little Jonathen(before his name was Jay, it was Jonathen) and Edward had been taking the refuge of a young adult EITC man and his wife, and the boys grew up to be strong young men, with Jonathen a talent for sword fighting and Edward with keen acuracy and talent for guns.

One day however, Jay came home to find Edward with a sword Jay had never seen before:an english navy cutlass. Jay was curious and when Edward bragged he had stolen it from a navy soldier, Jay was horrified. How could his brother turned into this? He pleaded with Edward to take it back, but Edward said he would not, and it was his.

That was a taste of my power. Hee hee, i'm so evil.

I think the dynamic balance of smart and stupid may be blurring.

Of course you did. Of course.

My Pirates and EITC Guys

Retrieved from "https://gamersfanon.fandom.com/wiki/User:Whathopercy?oldid=221459"
Community content is available under CC-BY-SA unless otherwise noted.