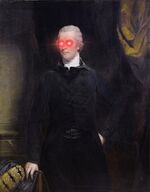 Hello! My name is Joseph, but I am frequently called William Seasteel, Tyler Crossbones, and many other names! I was a former POTCO player from 2011 - 2013, and a current player of TLOPO.

I was formerly a very active user here, as well as being Founder & President at the MC Nations. I am currently a member of the TLOPO guild, The British Empire, where I act was one of the Senior Officers.

In POTCO Role-play, I was King of Switzerland on one character, Colonel in the British Marines on another, Secretary to the Prime Minister of Britain’s Office on another, and leader of the Sepoy Indian Soldiers on another. I was influenced by King John Macbatten of Sweden, who courageously defended his Kingdom from both the British and Spanish, until he was defeated, until my frontal lobe developed completely. In Switzerland, I was the backbone for 17 utterly cringey Role-play years, serving as Prime Minister, Head of the Military, Chief Advisor, and eventually King of Switzerland. I later became the Chief Advisor on my new character, Sir Josef Grau, Count of St. Gallen, and continued to advise King David on his rule until March 2014.

I currently serve Britain as the Secretary of State for the Southern Department, which is basically a long way of saying "I'm important".

Nothing I'm on Wiki Welfare

Retrieved from "https://gamersfanon.fandom.com/wiki/User:Sir_Joseph_Grey?oldid=758167"
Community content is available under CC-BY-SA unless otherwise noted.