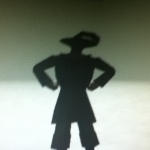 Ryan, a young 20 year old man in the caribbean, has responsibilities far beyond his years. He was trained by a pirate lord named Francis Rigswine, and served in The Pirate Republic in his teen years. He evetually grew superior both mentally, and physically to Rigswine, and seized control of the republic. When the first ever Co war began and Ryan heard of Ben Costello's disappearence, he attempted to negotiate with Benjamin Macmorgan of the Co Empire, but it lead to war. Ryan fought bravely leading the main pirate military guild in the first war.

After the war grew tense Ryan was visited by MacMorgan and commended for his ingenious war efforts. And with this saying came an offer to join the Co. After long weeks of pondering, Ryan struck down his second in command on the top of the Padres volcano. When he realized what he did, he knew there was no turning back. In which case he was sent into the United Co Empire, a training guild for newcomers lead by Admiral Captain Leon. Ryan graduated along with some of the greatest names in EITC history. Including, Billy Hullbatten, Logan Rustarrow, Usman, Attacker, and Captain Ryan. After graduation he was shipped of to serve in the 20th marines until he was discovered by Johnny Goldtimbers and was rotated in to serve Grand Lord (aka Lord Marshal) Samuel Redbeard.

Now 41, Ryan is the Chancellor of Trade for the country of England. He is not primarily found in battle because he has men like Lieutenant-General Richard Venables to take care of the upfront action.

"All this intense fighting is tough on an old body. From here on out, it's his time to shine" said Ryan when asked about his relations to Venables

Ryan is not particularly liked among the men of beckett's elites and the east idia officers. He had established a reputation of being a tough and expecting lord. He does however care nothing of small pirate uprisings unless directed by King John to take care of them (which is extremely rare). So do not expect to see him anywhere on a battlefield unless he's solving personal matters that hinder the company. Also, Ryan is extremly busy constantly fixing the mistakes of people in authority, he is mostly seen giving orders to belay an unauthorized action, and other VERY important matters in the Black Guard forte.

The last word of advice to be given around Ryan is to watch your language, and generally do nothing to annoy him, as he will take action unlike most EITC High Lords or English Government Officials. Ryan will do anything if it means bringing peace to the EITC including killing one of his own, so it is recommended you blokes stand up just a litte straighter when he's around if you know what's best for you.

Retrieved from "https://gamersfanon.fandom.com/wiki/User:RyanBlademonk?oldid=598746"
Community content is available under CC-BY-SA unless otherwise noted.