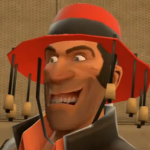 [The Story of Nicholas Nikolai]

First, I'll just put in my ingame biography and some other stuff

You will read The Adventures of the Nikolai Brothers or something]] relatively bad will happen to you!

Nicholas Nikolai is just my newest alias, my first was Nicks Son whos appearance was a first generation Avatar Model, dressed in all green, green coat, green facial hair etc. Well when I first started I was, I guess you could say the only person that literally followed Miss around that she didn't mind. I was basically her deputy in those days, mostly cause we're related in reality. I'm gonna skip the story of who was leader of whatever and how he/she became leader (It's a long pattern of coup's betrayals and other things). it and just start at the present, I'm currently GM of The Order of Nautilus lv 50. My name is usually either pending AGAIN after so

meone's report (I dont know why people hate Russian names, and/or Blackops since so many people think the name Nikolai was solely born out of the creative minds of MW2). Its either something simular to Nicholas Nikolai and/or similar to guild.

Elizabeth Pondbellows- Daughter (No matter what Pearson says, shes been my daughter for an extremely long time and no, he is NOT her brother either.

Retrieved from "https://gamersfanon.fandom.com/wiki/User:Nicholas_Nikolai?oldid=716475"
Community content is available under CC-BY-SA unless otherwise noted.