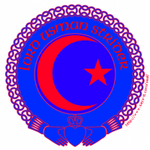 Welcome to my Userpage!,

Hello and welcome to my Userpage, here you can contact me to do with affairs in the Caribbean or ﻿even'on this wiki. I am the current President of the Caribbean Broadcasting News an organization recently made however is updated every single day. I am a fair person and only make edits which are sensible and will not offend others that play this game or take part in edditing in this wiki.

Also please support is in making a new EITC which supports pirates, spanish, french and many others instead of the Samuel Redbeard & Captain Leon era.

'For we are: Weaker when parted, stronger united'.

Below are the signatures that in one point of my campaign on this wiki I would have used:

My Userboxes to do with myself:

The Black Council - Second In Command

The Co Empire - Second In Command

Elites of the Co - Prime Minister

Below are the weapons I own.

Two Pistols use by me
Add a photo to this gallery
Retrieved from "https://gamersfanon.fandom.com/wiki/User:Lord_Usman_Strider?oldid=221399"
Community content is available under CC-BY-SA unless otherwise noted.