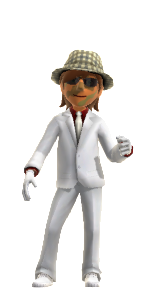 Hey there, Fellow human being!

A little bit about meh..

I am a big fan of my new favorite game Minecraft :P. Kudos to John Breasly for introducing me to the game and the wonderful community on the POTCOPlayers server. You can find me editing on the Potcoplayers wikia as well. I know most of the people here, and hope to have a good time editing.

Retrieved from "https://gamersfanon.fandom.com/wiki/User:Lord_Andrew_Mallace?oldid=560077"
Community content is available under CC-BY-SA unless otherwise noted.