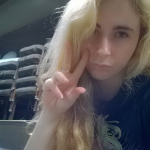 Hello, I'm Isabella V Clemente, The Queen of Spain, loyal wife of Phillipe V Clemente/Pearson Wright. I have come to this Wiki to try and fill in the gap between Pearson and The Administrators of This Wiki. I'd like to help anyone here in any way that I can! :D If you have any questions, just feel free to leave a message on my talk page. :)

I was born, "Isabella Verde Juarez" in Grenada Spain on March 4th, 1709 to Ignacio Juarez and Yolanda Juarez. I am the youngest o 8 children, 3 now deceased. My father was a farmer, and my mother stayed at home to tend to me and my siblings. At the age of 16, in 1725, I was brought to a Royal Ball where I personally met King Phillipe V Clemente. Though much older than me, Clemente always appeared much younger than he truly was. Many people in Spain believed that this was the work of God, blessing Clemente with eternal life. However, The British accused Clemente of consulting with the devil, and begin to see him as using witchcraft to his own personal advantage.

Clemente and me only spoke for a few brief seconds, but I could tell from that moment that he had taken interest in me. Unfortunately, he was far too busy with political affairs to pay me any attention, and so for the next 20 years, I sat idly by, waiting for another chance to see him face to face, and express my true feelings for him. In December of 1745, Clemente divorced Queen Margaret II and sent a royal carriage to my father's house that brought me to "Palacio De Clemente" where Clemente was waiting for me. I eagerly accepted the invitation, and within a week was re-united with my child-hood idol.

With the Pope's approval to temporarily "put aside" his marriage to Queen Grace Goldtimbers of France, Clemente and I married in February of 1745 at St. Peter's Basillica. Many people initially despised me. I was often called a "whore", and a "slut" even though in reality, nobody knew anything about me, nothing of my background, or my past.

My husband's efforts to try and get my enemies to get off my back only made matters worse, and led him to acquire many enemies, many which were within our own government. This eventually led to the collapse of Clemente's main government guild, "Casa Di Royale" after he decided to take a 3 month leave to his get-away in Palama Espana with myself, and several of his top commanders. From here, we would govern our Empire. Viceroy Ben Squidskull, and Duchess Molly Mcmorrigan were left in charge of commanding the majority of our army until Clemente was back on his feet again.

As his wife, I cannot say for sure when Clemente will be ready to rule as the king he used to be, and lead as the war hero that we the world know him as, but what I can promise is that I will do everything in my honor to help return him to the man that we all know him as. Viva La Espana!

Retrieved from "https://gamersfanon.fandom.com/wiki/User:Isabella_V_Clemente?oldid=640865"
Community content is available under CC-BY-SA unless otherwise noted.