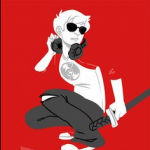 I was Billy Hullbatten and Eric in Pirates of the Caribbean Online.

I'm from Pirates of the Caribbean Online and I've been on this Wiki for many years. I'm known for the marks I've made in Pirates of the Caribbean Online, an old game that once existed. For many years I was part of the East India Trading Company, (EITC), a legendary league of mercenaries and assassins led by high lords who served King George in 1745, the golden age of Piracy. The EITC is now clouded by myth and legend, but I was there in its golden years, and I was known as Lord Billy Hullbatten - once third in command of the EITC, ruled with an iron fist and was known for dragging pirates to prison in bloody chains, 7 at a time by himself alone. The only EITC Lord who was naturally evil, Lord Billy Hullbatten wore all black, commanded his armies against the spanish and referred to all pirates as "Pirate Insects". He took orders from only one man, Lord Samuel Redbeard - head of the EITC, and nemesis with the King of Spain. Billy had a love once, a skilled assassin named Colette, he was attracted to her dangerous nature, and they fought the Pirates and the Spanish together, but before they could be married she became a vampire and disappeared forever. Billy Hullbatten soon became one of the most feared men in the EITC, and like Beckett, his powers only grew. As the years went on, civil war destroyed what the EITC was, different men claiming it for themselves, soldiers leaving, combined with the Spanish Armada and the Pirates still at war with them. But even as Lord Redbeard himself was overthrown, left by his assassins and discharged by the crown, the fact remained that Lord Billy Hullbatten took orders from only him, and so he fought the wars with him and remaining mercenares, caring less about the mutinies and following him to hell's teeth as they took many pirates with them. Soon what was once an army of dark legendary assassins became a resistance, fighting to bring back the golden age of the EITC, but with the Crown dismissing the EITC from being an independent militia, it was now little more than what the Royal Navy was. Soon Lord Billy Hullbatten would make his final stand, as the crown saw him as pure evil and too dangerous to be left alive. The Royal Navy made it a priority to stop him, and sent a fleet of warships to kill him. The EITC Lord responded with rage at first sight, independently leading his mercenaries into battle over stormy seas. A hurricane had been brewing, all the men had feared it but him, and the Lieutenant told him to turn the ship around, but Lord Billy Hullbatten picked up the man and threw him overboard, charging directly into battle, making his final stand. It was one warship versus 12. At the helm with a grim in his eyes, not caring how many men died, Lord Billy Hullbatten maneuvered through the wave, giving orders and sinking ships. He had timed it right, for the admiral's ship was ahead and a rogue wave was behind, Billy looked up at the stormy sky and said "The Gods must be crazy." Those would be his last words, the wave thrusted his ship forth and rammed it into his enemy's, the powder magazines met, and a great explosion caused the seas to rumble. There was nothing left. That was the last anyone had ever heard of Lord Billy Hullbatten. He had a lost son named Eric who further assisted Samuel in his fight against the crown to take back the EITC for 2 years, but one day Samuel Redbeard vanished, fate unknown. Then the world became weird and eerie, and quiet. Perhaps Billy was right in what he said about the gods, for everything was wiped out. The Caribbean a lost world.

My Most Wanted Weapons

Retrieved from "https://gamersfanon.fandom.com/wiki/User:Eric_The_Flamable?oldid=746576"
Community content is available under CC-BY-SA unless otherwise noted.