The Swifts are a squad of Troops from the EITC Third Division they are under the command of Major Richard Bladebane of the British Co. Elites and have fought in the defense of Padres Del Fuego under Captain Ishamel Venables, Major Bladebane has turned them into specialists of Musketry and Grenadier tactics they are the one who stand in front of the main EITC forces and hurl grenades at the enemy with skill, the Squad used to have many members but has been narled down to a handful of tough veterans, the survivors of hundreds of skirmishes and battles against the Spanish, Pirates and Undead and now only have five members who are the toughest of the tough! they currently are "stationed" in Kingshead though this is rather incorrect they are technically meant to be stationed in Cuba with the rest of the EITC Third Div. but they got mixed up in transit with their brigade and so are posted mostly in kingshead as a "detachment awaiting transfer" though they've been waiting for six months now.

They are nickname "The Swifts" comes from their repurtatoin as the fastest Squad in the EITC Third Division though they brag that they are the fastest in the entire British Army, Also unlike most members of the EITC Third Division they wear the bright Scarlett Jackets of the British Royal Army, instead of the dark uniforms of the EITC's other squads, they are mostly rogues, thieves and even former pirates who decided to serve their country instead of a life of crime, even Major Bladebane is a former pirate pardoned by the Crown.

They have a very closely-nit group and are often very closed to outsiders, they drink together, fight together and die together and are one of the scruffiest, but finest Grenadier Squads in the British Military!

Pictures of the Squad 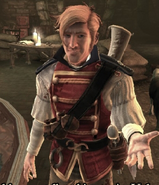 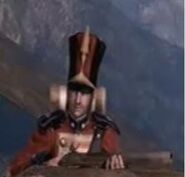 Private Ironbones
Add a photo to this gallery

Genades used by the Swifts, which are stuffed with musket balls 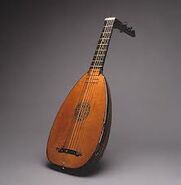 Theodores Prized Sword
Add a photo to this gallery
Retrieved from "https://gamersfanon.fandom.com/wiki/The_Swifts?oldid=676828"
Community content is available under CC-BY-SA unless otherwise noted.