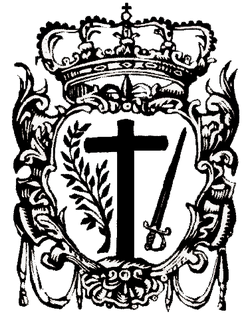 The Spanish Inquisition is a new sub-faction in the Caribbean, and will stop at nothing to convert heretics.

"The Tribunal of the Holy Office of the Inquisition (Spanish: Tribunal del Santo Oficio de la Inquisición), commonly known as the Spanish Inquisition (Inquisición española), was a tribunal established in 1480 by Catholic Monarchs Ferdinand II of Aragon and Isabella I of Castile. It was intended to maintain Catholic orthodoxy in their kingdoms, and to replace the Medieval Inquisition which was under Papal control. The Inquisition was originally intended in large part to ensure the orthodoxy of those who converted from Judaism and Islam. This regulation of the faith of the newly converted was intensified after the royal decrees issued in 1492 and 1501 ordering Jews and Muslims to convert or leave.

Various motives have been proposed for the monarchs' decision to fund the Inquisition such as increasing political authority, weakening opposition, suppressing conversos, profiting from confiscation of the property of convicted heretics, reducing social tensions and protecting the kingdom from the danger of a fifth column.

The body was under the direct control of the Spanish monarchy. It was not definitively abolished until 1834, during the reign of Isabella II, though it had ceased effective operation sometime earlier after a long decline.

There are Inquisitionaries all over the Caribbean. You'll mostly find them at Los Padres, however, they also may be found at:

A comedy of the Spanish Inquisition by in History of the Word: Part I, by Mel Brooks. Warning, explicit at some points.

Retrieved from "https://gamersfanon.fandom.com/wiki/The_Spanish_Inquisition?oldid=696599"
Community content is available under CC-BY-SA unless otherwise noted.