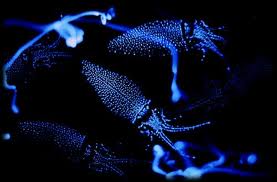 A long, long time ago in the days of the ice age, there was only one source of life. Deep, deep in the Abyss, a Family of Squid lurk in the dark. They were the rulers of all of the ocean back then. But then, the Ice Age had stopped and life started. New fish came and took over the Abyss. The Family of Squid remained in the darkness. But then, pirates came and started to fish. A horrible Undead Skeleton named Jolly Roger had caught the Squid family. The enchanted aquatics turned human and were separated. One had gone to Spain, another had gone to France, the other had gone to England, but the other had not escaped Jolly Roger. For years, he served upon Jolly Roger. Jolly Roger gave him the name, Michael. Michael was about to be turned Undead when he escaped from Jolly Roger on a dinghy. He drifted to Tortuga and started a new Life ( See full story on Slappy ).

Retrieved from "https://gamersfanon.fandom.com/wiki/The_Smasho_Family?oldid=753852"
Community content is available under CC-BY-SA unless otherwise noted.