This page was last updated March 19th, 2016 the main page can be visited here

Nultsia is a WA Member 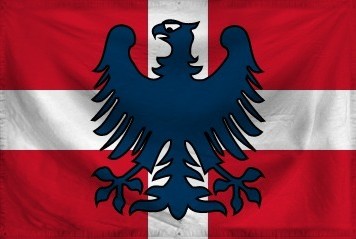 "In freedom we stand, in tyranny we fall"

The Pristine United Provinces of Nultsia is a massive, environmentally stunning nation, ruled by President Jeremiah Stralam with a fair hand, and remarkable for its national health service, complete lack of prisons, and punitive income tax rates. The compassionate, democratic, cheerful population of 4.355 billion Nultsans are free to do what they want with their own bodies, and vote for whomever they like in elections; if they go into business, however, they are regulated to within an inch of their lives.

The government — a sprawling, bureaucracy-choked, liberal, socially-minded, outspoken morass — juggles the competing demands of Education, Environment, and Welfare. It meets to discuss matters of state in the capital city of Hawarden. The average income tax rate is 98.7%.

The frighteningly efficient Nultsian economy, worth 627 trillion Nultsoes a year, is driven entirely by a combination of government and state-owned industry, with private enterprise illegal. The industrial sector, which is extremely specialized, is mostly made up of the Tourism industry, with major contributions from Book Publishing. Average income is an impressive 144,186 Nultsoes, and distributed extremely evenly, with practically no difference between the richest and poorest citizens.

Anti-government web sites are springing up, the nation has opened its arms to an influx of refugees, the nation's leading climatologists are investigating animal flatulence in efforts to reduce methane emissions, and suburban backyards are seized by the government and turned into national parks. Crime is totally unknown. Nultsia's national animal is the Liger, which frolics freely in the nation's many lush forests.

THIS WAS LAST UPDATED AUGUST 2015. I WILL UPDATE IT AGAIN AT THE BEGINNING OF APRIL. Nultsia is divided into seven provinces and one special district, with all of its land claims falling into one of these. These provinces are, in alphabetical order: Artistota, Corvus, Dunsan, Grevol, Musca, Saggita and Tempus. The special district, Hawarden, is the nation's capital.

Nultsia has been a part of various regions throughout its existence, and has even had lengthy delegate reigns in some of them.

Nultsia founded Antik shortly after joining NationStates in March 2014. Most other wikian nations joined, but shortly thereafter left to create another region; Andaba.

Nultsia, bitter that its friends abandoned the region he had made, decided to disband Antik and move to the Rejected Realms for a long period of time. While here, Nultsia didn't participate in any regional politics and mostly remained dormant.

Nultsia eventually decided to join Andaba. Sparkdottir, a former delegate in Antik, was the founder of this region. Sparkdottir, Nultsia and all the other wikian regions had a peaceful existence, until people began disapproving of Sparkdottir's policies. Mallandia, the regional delegate, attempted to kick Sparkdottir, but after realizing this was a futile course of action, Nultsia and the rest of the nations all moved on to create the GFW.

Nultsia joined GFW immediately after it was created, along with the others from Andaba. From day one, Nultsia was delegate and reigned essentially without interuption (disregarding those who usurped power illegally for a day or so) from April to November, winning or tying every election he competed it. However, in the January of 2016, Nultsia and a few other nations in the GFW disapproved of certain aspects of GFWian politics and decided to leave and create the PPW. These are all the times Nultsia was the World Assembly delegate of the GFW region:

Nultsia founded the PPW region on January 13, 2016, along with Sipsconia, Edgelandia and Castrenya. This new region creation was prompted by disapproval from the four about certain aspects of GFWian politics. Since then it's grown to include ten members, all of whom are World Assembly members.

Retrieved from "https://gamersfanon.fandom.com/wiki/The_Pristine_United_Provinces_of_Nultsia?oldid=756033"
Community content is available under CC-BY-SA unless otherwise noted.