"The Ossuary is a for of immeasurable strength. No one could be fool enough to attempt to break it. Not even the mighty Ottomans could conquer us! Soon, my brothers, we shall rule the world in magic, and this shall be it's capital!" -Grand Inquisitor Alain Magnan to the Council of Inquisitors

The Ossuary is the base of the Circle of Ossus in the Caribbean. It is near Havana, Cuba. It is unchartable unless you have a Charm of Ossus, in which you would land at the docks. If you a brave enough, you could venture the path from the Pantano River into the swamps, however no one has come back alive.

The Ossuary Docks are located on the northern edge of The Ossuary. Several dinghies are placed along the docks. To enter the Ossuary Grounds, you will pass under an arch at the point where the docks meet land. They are guarded by Boneguard Swordsmen

The docks at night
Add a photo to this gallery

The Ossuary Land Gates are located on the southern edge of The Ossuary. They are several miles down the path from the Pantano River. They are guarded by Boneguard Musketeers 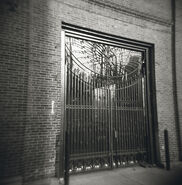 The gates from the inside
Add a photo to this gallery

The Ossuary Grounds stretch from the Land Gates to the Docks, and covers all land of the Ossuary that is outside. This is guarded by Boneguard and Animals of Ossus.

Grounds are so large, one picture cannot be taken.

The Barracks are built to accomodate over 500 Boneguard. Training takes place daily.

The Stables are built to accomodate several hundred Animals of Ossus. The Inquisitor of life watches over the 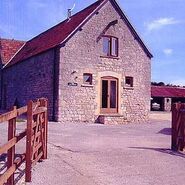 Stables from the Inquisitor's Entrance
Add a photo to this gallery

The Sanctuary is the main building of The Ossuary. It is where the Council of Inquisitors is held. Many artifacts and countless relis are held there. 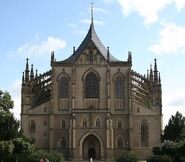 The Sanctuary before Morgan Black destroyed it

A chandelier in the entrance hall

The walkway from the entracne hall 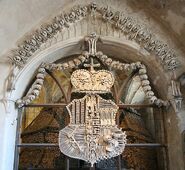 Entrance to the catacombs, with the Ossuary crest

Front chamber of the Ossuary Catacombs
Add a photo to this gallery
Retrieved from "https://gamersfanon.fandom.com/wiki/The_Ossuary?oldid=719552"
Community content is available under CC-BY-SA unless otherwise noted.