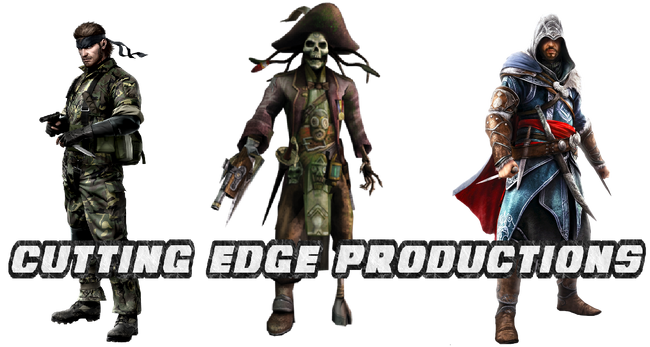 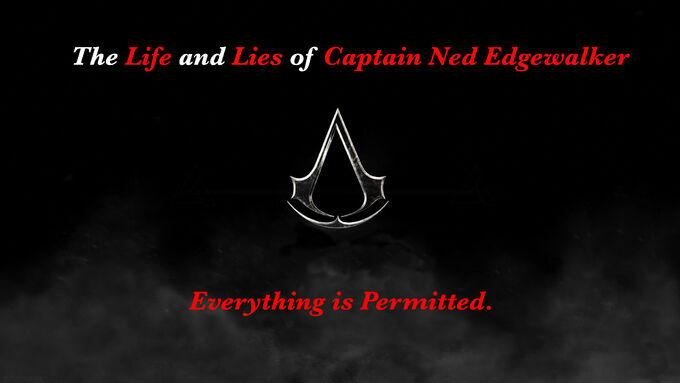 This story in the series is largely non-canon in the entire 'Life and Lies of Captain Ned Edgewalker' universe, and this story is entirely non-canon within the Assassin's Creed universe.

This was the moment I had always waited for. The voting for Pirate King of the 8th Brethren Court. I was the Pirate Prince of the 7th Court, and it was through this court that I was able to meet the Assassins, meet my destiny, and now it was finally my turn to lead my fellow pirate brethren. The vote had begun the way I had hoped and I had gotten out to an early lead. And then, something I didn’t predict happened. My friend Richard Cannonwalker took the lead from me, and ran with it. Something I wanted so badly, taken from right under me.

I am now the Bearer of the Pieces of Eight, and I am an Assassin. But all of this is irrelevant to the story, correct? Hardly. It was this event that would bring all of us closer together then we had ever been. It also tore us apart, and made us bitter enemies. Or did it? I will truly never know the answer to this question that I am seeking out to find.

Together we stand, united as one. We are all Assassins, fighting for this cause for which I am unsure of what it truly means. I am no longer young, yet I still have so much to learn. I must get going. I must implore you to read this message to no one, for I leave you with this: It is time for me to kill, and it is time for me to die. Nothing is True, Everything is Permitted.

It was the year 1746. The 8th Brethren Court had just been formed, we didn’t even have a king yet. It was dark outside my house on Port Royal, quiet enough that you could hear a pin drop. All of a sudden, I hear a voice that sounds familiar. I go to investigate, and see a body, with my fellow assassin Gaines standing over his body.

“No! Please!” The man screamed in a daze. “I see you want mercy? Too bad i'm not a merciful man, especially when someone is here to kill a friend. Rest in Peace, bastard.” Gaines said, stabbing the man in the throat.

“What is the meaning of this?” I asked, walking outside in my robe. “Ah, Ned. Sorry to wake you, if you were asleep. I was just taking care of some business, before business took care of you.” Gaines responded.

“I wasn’t asleep. I think I could have managed myself just fine, but thanks anyways. Who is the poor chap?”

“I honestly have no idea. Some low ranking templar, I presume.”

I invited Gaines inside for a cup of rum. “Do you have any details for me? How did you know he was here?” I questioned him. “Sea-turtles, mate.” Gaines responded.

“What are you talking about?”

“I don’t know. Heard it somewhere and always wanted to say it. This is basically my way of saying that I didn’t know, but what I do know is that you are apparently wanted dead by order of Breasly.”

And then the rum took over and not much else of note is to be said of that night. The next morning, there was a knock on the door. Dazed, tired and hungover, I tried to answer the door, failing, so Gaines had to do it for me. At the door, was grand master of the Assassin order, Ezio Auditore da Firenze, and Richard Cannonwalker. “I see you two had a fulfilling evening.” Ezio said, glancing over at me. “Hey! I’m a potato…” I said, somewhat unknowingly. Richard walked over to me and helped me up, walking me to the door. “Ned, we received word that someone made an attempt on your life? I’m presuming this is correct, seeing as Gaines’ knife is stained with blood.” Richard said.

Just as I had started to gather my thoughts, a rather smug looking Andrew Mallace walked up to us. “I hear there was an attempt on poor Mr. Edgewalker’s life last night, and that the perpetrator was killed by Gaines, is it? May I see the body?” Mallace asked. Just as I was about to respond, Ezio walked up from behind me. “Ah! Mallace, how are you this fine day?” Ezio said, with one hand on his sword. “I am well. I am here on business of King Breasly. He was rather interested in last nights events. I should get going.”

Ezio and I walked to the marketplace in Port Royal. It felt as if the entire town had eyes constantly trained on us. As we walked by people, we constantly heard them whispering “Bloody Pirates”. "What was that back there with Mallace?" I asked Ezio. "I don't trust him. There has to be a reason that he was there.” Ezio responded.

“According to Gaines, the person who made an attempt on me was someone sent by Breasly, which could mean a lot.”

We finally reached the weapons store, where I had a special order waiting for me. I knocked on the door three times and the door was opened by a man called Zoomer. “Do you have my blade?” I asked him. Zoomer simply nodded his head and lead Ezio and I inside. His shop was a normal looking Port Royal shop, aside from the fireplace. Zoomer put out the fire and opened up the fireplace, which contained a small staircase down to where the good stuff was kept. Zoomer had been working on a new invention of mine, a dual bladed hidden blade. The blade itself took the original design of the hidden blade, but was modified to conceal two blades, one of which was able to be taken out and wielded as a separate weapon. It functioned like a standard hidden blade, aside from the other blade.

“You did good, Zoomer. Many thanks. Ezio, try it out.” I said, tossing the blade to Ezio. “Here Zoomer, this should be fair payment. Will 3200 be enough?” I asked. “Yes.” Zoomer responded, nodding his head.

Ezio passed the blade back to me. I thanked Zoomer one final time, and we headed for the Fox. We were stopped by armed guards on the way back to the ship. One guard handed me a letter, and they simply walked away. The envelope was sealed with John Breasly's official seal. I opened it.

"From the desk of John Breasly:

Dear Mr. Edgewalker. After being notified by my good friend Mallace of the incidents that took place last night, I have decided that it would be good for us to finally meet and talk business. I would like to meet you at Padres Del Fuego in approximately 2 months, if that suits your needs. I am very excited for the opportunity to possibly work with you, should you grant me the honour. I look forward to seeing you in 2 months.

"What does it say, Ned?" Ezio asked. "It's a letter from John Breasly. He wants to meet us in 2 months on Del Feugo." I said. Ezio and I continued walking to the ship.

“Do you think that's a wise idea, Ned? We’ll need eyes on him and his guards around the clock. Don’t forget, Padres is the base of operations for the Brethren Court, and the Caribbean assassins.”

“This seems like foreshadowing, Ned. I’ll send word for reinforcements to show up in 2 months.”

“You always seem to know what I’m thinking.” I said, tapping Ezio on the shoulder.

After a long walk which included some climbing in the wilderness, we arrived at the Fighting Fox which was docked on the far side of Port Royal. “A fair wind today, Captain.” Gaines said as I walked up to him. “What’s our course?” He asked. “We’re heading for Tortuga to pick up some much needed food and rum, then we head for Padres for a meeting with the King.” I responded.

“Richard, meet me in my cabin. We have things to discuss.” I said.

Retrieved from "https://gamersfanon.fandom.com/wiki/The_Life_and_Lies_of_Captain_Ned_Edgewalker_3:_Everything_is_Permitted?oldid=741904"
Community content is available under CC-BY-SA unless otherwise noted.