" Never be forced, make your decisions, and make the best of it"

"War doesn't come from Anger, it comes from power"

"Why not take a chance and fight, when you know you have an advantage"

"If I don't sink a ship here and there, they start to forget who I am!"

I started on the game really seriously weird. I seriously didn't know what to do, it was a scary moment when i was threatened to join the EITC. Although after the years of serving (in order, Cad bane, Prince/Lord/Captain Leon, Samuel

Redbeard, Johnny Goldtimbers, Usman, Gear etc.) I really liked be EITC. It really became an obsession, although 5 years should make me like a High Lord, yet I'm only a Lord. I'm an Admiral of the Navy. It would be nice to be one of the MOST ELITE in the HISTORY of EITC. I always wanted to be in the Council of Elders. I own a HUMONGOUS Ship called the HMS GOLDEN SHARK. ITS EPIC!!!!! A famous quote im known for is " Don't be Forced, always be curious and make the best of it." My children are two boys named Captain Ryan, and Cory, they are the best kids i have ever seen with my own eyes. My enemies are of course Francis Chiphawk/Pearson Wright/ Sir Carlos Clemente( Dum, Mean, Killer) , Lee Knight(Traitor), Eric Ironvae(Killed me), Matthew Ironvane(Traitor), and Ned Yellowbeard(Weirdo). I own a Sword owned by one of the BEST of THE BEST, Lord Cutler Beckett's Sword!!! My dad died in the battle of The Brethren Court, Yup it's Lord Cutler Beckett... My mom Missy Beckett has been kidnapped and i have never seen her since. I have had friends over the years who have betrayed, like Lee Knight. I have killed or put in jail 500 pirates, to add to my resume. I have lead to 5 major wars, and won all 5 of them. I'm known by a lot of EITC members and officers, that i'm a great sailor/ One of the best perhaps. When I led the Civil war, Captain Josh was really what made us have the victory. I was in the enemy sidelines being protected by Jason Blademorhan ( Not EITC any more ) Lord Cutler Beckett, and Lord Redbeard, Cad bane, and I were in tents. I also want to make a huge thanks to Eric Ironvane who encouraged me to be EITC. Even though I absolutely hate him now. I have been in all The EITC guilds INVENTED. Co. Empire, Co. Black Guard, Company Guard, Black Mercenaries, Eilte EITC Assassins, Beckett's Elites, And more!!! Guilds I really don't like are: Inferno, The Paradox, Spania, and any Pirate Guild. I really think i'm one of the top 10 of all-time. In order: Cutler Beckett, John Breasly, Samuel Redbeard, Usman, Billy Hullbatten, Gear, William Brawlmartin, Johnny Goldtimbers, Captain Leon, Maxamillion. I believe in the Oath i had to give to the EITC. If I had a choice between going to war or making peace, It's PEACE. I'll only do war, when needed. I was in the South War, Civil War, and Mercenary War, those three wars were HUGE, I lead the Civil War to victory. Currently, I'm a Lord in the EITC, an Admiral in the Navy, I'm in the Navy Academy, I'm in the alliance of lords, High court of England, and much more. My resume' is missing something, The Council of Elders. I use to be a Co. Head Lord before I went over to a more organized Era, Samuels Era, Or John Breasly era too. I started as an Admiral in the EITC, because I knew Samuel well, and he trusted me. Now I'm a Lord. Most of my Photos or paintings now have me with a scar, I got shot and scratched on the forehead by Sam Hookrage, a BLOODY Pirate, and pretends to be Civil, check this on Dischargement of Sam Hookrage. You'll see what he's made of. I believe in my officers, men, and my Leaders, I'm a smart thinker to know if your lying or not. I also have made 3 books published by me, and illustrated by me. The Days of my Tears, My Life in me, and What it's Like to Die. All good books, all read by the Kings, and Queens, and none said it was bad. I don't talk about it but, my brother is the disgusting Davy Jones, nobody else is in my family. My whole family were killed, Lord Cutler Beckett, Davy Jones, and Missy Beckett :(. If i had 3 wishes, it would to bring my family back. One of my worst enemies are Captain Jack Sparrow, and Captain William Turner. They both were the killers of my brother and my dad. So that brings a story from my youth. One day I was on the streets looking for some corn and carrots for my parents. Then it happened a EITC member came up to me and said " Eh, Kid, ready to take the DEAL of a LIFETIME?" I told him sure. Then from that day on, I remember why I'm here. When I retire, I'll join a guild that are Allies to the EITC, Order of Nautilus. They are powerful, and have a fierce leader named Jack Pistol. But The EITC will always been in my heart.

I have alot of friends, even some Piratey friends, but more EITC

{C {C I need help getting photos of me here. 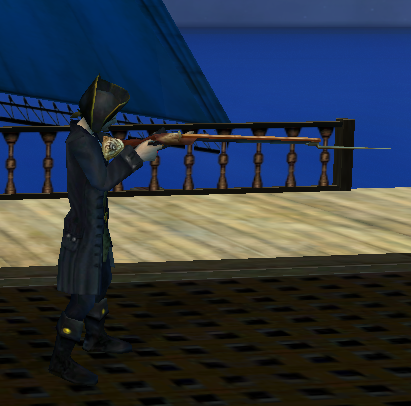 Snapshot of me and my Friends, and other cool things.

From Beggining to Now.

My ship is very valuable. It is what makes me so great at sea. I love the sea, it's my favorite place in the Caribbean. I only let a few people sail it. One of the best in the East India Trading Company, or Ghost Legends, and/or Trusted pirates. The Golden Shark is one of the hardest to beat because the Captain of the Beauty Ship is Lord Maxamillion of the EITC. The Golden Shark or also known as the "The Faster Eater", can catch up to the Pearl from a good distance. The amount of cannons on the ship is unbeatable. The sails are huge and the hull is humongous. This ship can fit up to 90 people, and hold a lot of ship materials; cargo, treasure, and spices. The brig is huge and 30 Pirates can fit inside. ( Picture will be posted when War Brig comes out and is customized)

(Note: Not much PERSONAL)

My Favourite Songs: Jump Around, Sweet Escape, Tell me now

My Favourite Quote: "It's not gambling if you know you're going to win" - Alan from the Hangover

Retrieved from "https://gamersfanon.fandom.com/wiki/The_Good_Captain_Maxamillion?oldid=753864"
Community content is available under CC-BY-SA unless otherwise noted.