MORE TO COME! WORK IN PROG 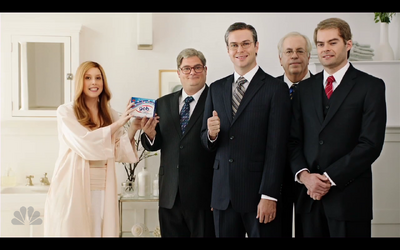 Too much lately we have watched corruption ruin lives before our eyes. Mitt Obama, Barack Romney, even Palin Ryan. Don't even get me going about Paul Sarah. Nonetheless, this is the party for you! (if you believe in heavy tax's and slight oppression of the people FREEDOM). This party will fight to cease all fighting and restore true leadership to today's society, and will take ownership of all BNO related corporations, such as the Bird Nesting Relief Fund, the story. etc. END CORRUPTION 2012! GARLAND FOR ROLLBACK, NO PREFRENCE ON PRESIDENT!.

After the BNO was closed due to undisclosed reasons (DAM YOU HEALTH INSPECTORS), a new path had to be taken. A fresh start. A political start. This party is here for those who just (don't care) really want to make a difference. We will fight for freedom in all countries (slavery in some) and share our ideas with all the peoples. We are not religious and have no views there either. Everyone is welcome and encouraged to join.

We will be hosting a funeral for Will Greasy of The Looterz, our original inspiration. God I'll miss him and his grimy self.

Sarah Palin, put simply, can see Russia from her back door. CAN YOU? DIDN'T THINK SO. SHES SO POWERFUL, IMPOSING TAXES AND OPPRESSION. Palin 2012.

Who do you support in the 2012 election?

Your views on Eldery aliens (Foreigners):

Your current position (standing, sitting, twisted, the in-betweens, laying down, in a ball, etc.)

Do you believe in Freedom?

Where do you fit in?

Democratic Beliefs: (Usually are Liberals). Democrats believe in bigger governments (believe the people need the protection of the government and laws and need government to work properly). They think Government guides the people. View Points:

Republican Beliefs: (Usually are Conservatives). Republicans favor small governments (legislations should be on a smaller level...your congress members and senators will probably try to get things on a state or local level rather than national level.). They believe The People guide the government. View Points:

Liberal Beliefs: Liberals believe in government action to achieve equal opportunity and equality for all. It is the duty of the government to alleviate social ills and to protect civil liberties and individual and human rights. Believe the role of the government should be to guarantee that no one is in need. Liberal policies generally emphasize the need for the government to solve problems.

Conservative Beliefs:Conservatives believe in personal responsibility, limited government, free markets, individual liberty, traditional American values and a strong national defense. Believe the role of government should be to provide people the freedom necessary to pursue their own goals. Conservative policies generally emphasize empowerment of the individual to solve problems.

Side Note:The Spectrum: The terms “left” and “right” define opposite ends of the political spectrum. In the United States, liberals are referred to as the left or left-wing and conservatives are referred to as the right or right-wing. On the U.S. political map, blue represents the Democratic Party (which generally upholds liberal principles) and red represents the Republican party (which generally upholds conservative principles).

Jack "The former Friar" Goldwrecker: He was originally from the religious side... Leaning towards Authoritarian views.

*ADMEEN/PRES* G-G-"G"-G-man.: Feisty one, known to be a hacker of political votes.

*FORMER ADMEEN/PRES* Parax "The Shady One": Wise and powerful...don't feed him sheep. Or goats, for that matter.

Zoomer "The Cheese" Strife: He may have been born on 9/11 but deep down his allegiance lies to Bulgaria.

Boogie "Oogie" Mango: Sticky and chewy, He still knows how to politically party.

Christopher "Admiral" Ironshot: Yeah he's a phony to, but sure makes some good Democrat Stew.

*FORMER ADMEEN* John "The Socialist Asshole" Breasly: We're worried about him. Beautiful falcetto, but his policies are Canadian.

Independent Or In The Middle:

Undecided or No Paticular Choice:

G- "SLIMY AND GRIMY" Man: Head of The Department of State! He derps the conservatives.

Ned "Catchy" Daggerkid: Our sports broadcaster! I am almost positive he isn't a female.

The "Mad" Madster: The mad one. Sometimes compared in simliarity to that Special Governor of Alaska.

Kingdom of "Liberal" Bavaria: Fereaking LIberals... they don't do anything

Pencil "Boohbooh yah" - : We picked him up off the street, but I'm nearly positive hes a democrat.

Edward "Uzzi Uze" Daggerhawk: He is a solid democrat who doesn't care about Gay people.

Best site for monitoring the election! You can see maps, undecided states, beliefs, other websites, the senate race, house race, videos and more!

Yes! We have conquered India! In celebration, we hold victory rallies. Speakers from all over the Gentlemen's Party, and even a few guest speakers from the wetlands. Really wet there. We also support Immigrants (of course they need to have proper identification and acrobatic qualifications including long hands with bony fingernails.)

If you'd like to take part in a victory rally, say so in comments...

We'll most likely be creating more stories and fun stuff.. on a slightly.. better scale, this time directed towards freedom. Remember. we'll debate about all sorts of fun stuff.. including Presidents.. just to Piss off the admi- I'm sorry. just for educational purposes.

Retrieved from "https://gamersfanon.fandom.com/wiki/The_Gentlemen_of_the_Independent_Democratic_Republican_and_Freedom_Party?oldid=739827"
Community content is available under CC-BY-SA unless otherwise noted.