The EITC Avenger was laid down in 1744, and upon completion was assigned under the command of Lord Sven Daggersteel following his promotion to admiral. He requested a fast and manoeuvrable ship that had superior armament of guns for its class because Sven always liked to, 'Out Wit/Out Gun' his enemies. His main goal was to have a ship that could sustain heavy storms, heavy gunfire, and be prolonged to heavy fire, and transport valuable EITC members to land for a marine landing. This the flagship of the EITC Special Forces. Here is the page of the Special Forces, The EITC Special Forces Page

How It Was Quickly Made

Sven’s massive battle ship was created in exactly 12 months. He put many slaves to work on this project, and treated the slaves with fair value. Although Sven did not have all the materials coming from England. Many of the materials came from, Italy, Cuba, Jamaica, and lastly Ireland, all of the materials came to Kingshead in exactly two months, and the slaves immediately began work. They started with the main deck/captains cabin, then to the cannons, the masts, and finally the sails. Then again, this was all created in 12 months.

We are in need of positions for this ship.

Paintings Of The Battleship 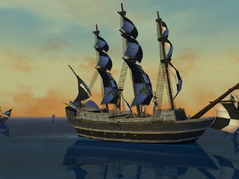 The Avenger, at full sail. 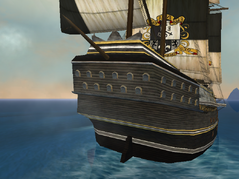 The captains cabin. The most luxurious in the EITC. 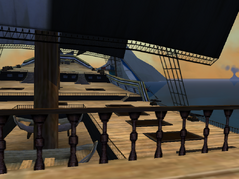 A painting of the ship from the top deck. There are dinghy's on the deck to transport Special Forces officers onto land for combat. 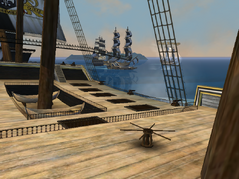 The massive ship making ready for a broadside. 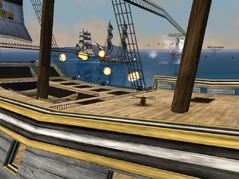 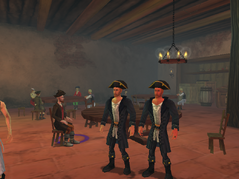 Lord Admiral Sven Daggersteel, walks to the bar located on the lower deck of the ship. You can simply take the stairs down the Avenger and enter this lounge.( Men that are off duty only )
Add a photo to this gallery
Retrieved from "https://gamersfanon.fandom.com/wiki/The_EITC_Avenger?oldid=736108"
Community content is available under CC-BY-SA unless otherwise noted.