Note : Rude comments are NOT accepted here, If any are rude, Creator of the page will ask a Admin to Remove Said Comments.

Thanks to many British Scientest, and Inventors, the Great British 1700s' Industrializing Era began! In November of 1744, Inventor Joshua Pond officially began the 1700s' Insturalization of The British Empire. He Started this with his first and one of his most useful inventions, The Wheat Harvester, and moved to greater things like The Steel Cage Wagon. He worked on many things to boost the Economy of the British Empire. King George II ( John Breasly ) was so pleased with The Wheat Harvester, he called Josh Ingenious! ( Another fancy word for a Genious ). Joshua Pond then Went on to starting new ideas! Ideas for the Royal Navy to make it even stronger! He thought of the idea, of long Iron rods, with spears on the end, that could be rammed into the side of ships to make sure the ship could not escape the grasps of the British Navy. He also went on to more Agricultural inventions, things for factories, and anything to boost up the Economy!

Inventions of the Era and their Inventors! 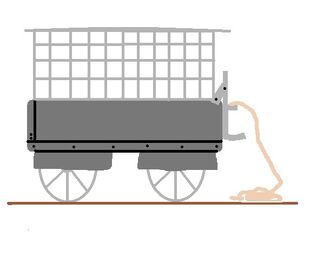 Joshua Ponds, Steel Cage Wagon! The Steel Cage Wagon was used to improve the modern Wooden Wagon! Wooden wagons were very easy to be desotryed, the could be burned, exploded, rotted, and easily fall apart. Steel Wagons were basically bullet proof, did not rot, explode, or fall apart! They even had cages attacted, so you could hull cattle, or prisoners! The average Steel Cage Wagon took 6 horses to pull! 4 to pull the thick heavy Steel body work, and 2 for the extra cargo! 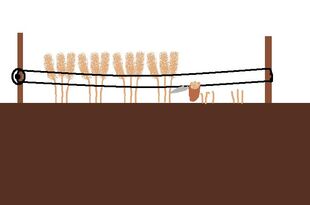 Joshua Ponds first ever invention, was The Wheat Harvester! For many year's Harvesting Wheat was done by hand, which took a very long time, if you owned a large plantation. Joshua Pond thought of a way to be able to use a belt to harvest all the wheat, by only turning a wheel! He hooked a belts to 2 polls at the end of each wheat row, hooked a knife to the belt, and a bag behind it. then hooked the belt to the wheel so it could be turned. As the wheel was turned, the belt would move, making the knife cut the wheat, and fall into the bag. Although the invention had a 65.9% accuracy of making the Wheat into the bag, It was still one of the Greatest of Pond's Inventions. 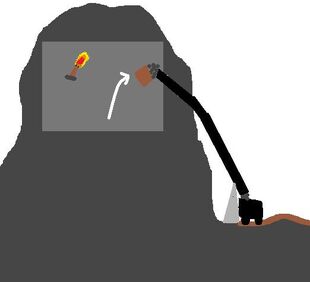 One of Joshua Ponds Craziest Ideas, The Mine Tube. The Mine tube was very simple, it was a Great long Tube that stuck out from the part of the mine where the miners mine, and instead of having to make whole rail cart paths all over the mine, they simply poured buckets at a time down the tube, into a wagon.

The Ash Cannonball, by Joshua Pond, Was one of the Greatest Inventions he made for the British Army. It was a Cannonball compacted with ash, and from a certain Distance, when fired, it would explode ash in front of the enemies faces, blinding them, making them unable to fight.
Add a photo to this gallery
Retrieved from "https://gamersfanon.fandom.com/wiki/The_British_Industrializing_Era?oldid=696798"
Community content is available under CC-BY-SA unless otherwise noted.