Thash, usually called Lady Thash out of respect, was a wandering druid whose image was known throughout all of Aquila. Notoriously secretive of her past and heritage, Thash was the subject of many outlandish rumors until her unfortunate end.

Approximately 300 years before the dawn of the Resurgent War, the woman known only as Lady Thash mysteriously appeared on the icy shores of the Hinterlands, one of the most locations in Aquila. Though born with a pure heart, she was the many times over grandchild of the loathsome King Minos, one of the lieutenants of the primordial being known as the "Demon God" and the ruler of the demons that once ran rampant in Aquila before they were cast out by Avus. It is unknown who Minos' mate was or if he even had one; his children, the Demon-Spawn, were many, and despite many campaigns to cleanse the world of their influence, the infallble legacy of Minos always persisted in one form or another. 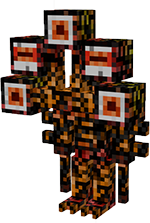 And so it was that Thash was the last of the Spawn. Thousands of years after the end of Minos, the witch hunt for her people continued, and it was said that her mother made the ultimate sacrifice to ensure her survival. No more than 12 by the time she was first spotted out in the icy wilderness of the Hinterlands, she quickly became a figure of legend, particularly after saving the local heroes Triton and Ceto from the brink of death. It was a favor the two men never forgot.

Men doomed to an excruciating end miraculously awoke in perfect health and barren women were blessed with the gift of fertility. All these mysterious happenings and more, including unusually bountiful harvests, were all attributed to the appearance of the cryptic girl with crimson red hair and pale skin. To the isolated villagers of the Hinterlands, she was always just barely visible on the horizon, watching over all those with good in their heart.

Some believed she was a god in human form, and others believed her to be a good omen sent from Notch. She was admired and, to some extent, loved by all, though none so much as the wealthy and powerful Lord Venrus of Belial. Venrus was obsessed with Thash; the walls of his home were draped with crimson tapestries and ornate marble statues constructed in her supposed image. Over time, his interest in her grew unhealthy, and on one winter day he ordered the entire navy of Belial be dispatched to find her, with him leading the daunting expedition.

The journey was a failure of impressive proportions. First, the several dozen Belian ships set aside for the expedition had great trouble navigating out of the frozen bay the city was situated on, as Venrus had inconveniently chosen one of the coldest days of the season to begin his "daring quest" to find Lady Thash. Refusing to wait, the uncompromising Lord of Belial set out on the journey by his lonesome with only his horse, a modest wooden, boat, and a few days worth of military rations, ordering the navy to catch up with him at the earliest possibility.

Six weeks later, the bitter Belian navy found Lord Venrus out at sea, noticeably thinner than they had seen him last. Immediately after boarding a ship, Venrus ordered several dozen crewmen to be executed for their incompetence. Lacking in workforce, the expedition continued despite the hiccup, and within another few long weeks the frozen shores of the Hinterlands came into view.

Then came the trouble of actually finding the mysterious woman who had a reputation for being as fast and cunning as the north wind. For almost a month, Venrus scoured the broken Hinterlands, turning every settlement upside down in hopes of finding any clues as to Thash's whereabouts. When the search bore no fruit and morale hit a spectactular low, the Lord recalled that Lady Thash had a reputation for helping all men in need no matter the circumstance. When he opened fire on the admiral of the fleet, Thash was quick to rush to his aid from the shadows.

The men were stunned by her divine beauty. Venrus in particular was instantly smitten, believing the remarkable young woman before him to be an angel from the heavens in the sky, or perhaps the peaks of Apollyon. The Lady paid them no attention, reviving the injured man with her healing powers quickly before leaving without saying a word. In an effort to convince her to stay with him, Venrus lied and told her that a great plague was afflicting his home of Belial. Reluctantly, Thash agreed to accompany the convoy back to the city.

While the men were escorting her back to the ships, however, they were dismayed to find that the entire navy had been completely destroyed; every single vessel had been reduced to ashes, and curiously, there was no sign of the perpetrator - no footprints, no gunpowder, and no sign that an explosion was even the method used to destroy the boats.

Venrus was infuriated, instantly blaming Lady Thash for the sabotage and ordering her to restore her fleet under the threat of a gruesome death. It was at that very moment that the entire navy, including Venrus, simultaneously fell dead, while Thash remained standing. The men made no cries for help or gasps of fear as they died. The silence, to the Lady, was horrifying. As pools of black blood began to spill from the mens' bodies, Thash fled the scene, believing that with her wild powers she had accidentally slain them all.

Lady Thash left the Hinterlands and eventually settled on the remote island Kuwaktana. This island, even further up north than the scattered shores of the Hinterlands, was completely devoid of human life. She wished deeply to never see another person again. In her short life, they had only brought her pain. So she remained in solitude for three decades, only keeping the curious winter gulls as company. All by her lonesome, she seemed to biologically age less than ten years in the span of her self-imposed exile.

But she new all too well that she could not hide forever. One fateful day, a strange man with a white beard and whiter eyes stumbled into her home. She could sense the good in him - not to mention the power - but she could also feel an intense darkness radiating from within.

The man quickly explained that his name was Notch, and that he needed help that only she could provide. Thash knew his name, and that of his brother. She was intrigued by the stories of the gods, and sometimes wished that she herself were a god and not a demon - a creature of great evil whose only nourishment was devouring its own insurmountable self-hatred.

Lady Thash sought never to see another man again. But Notch was something more than a man; when he told her of his predicament, that he had been cursed with the dying breath of his brother and could die in a matter of days without special treatment, she could not refuse him. She slowly but steadily nursed him back to health, despite his condition proving to be much more severe than any she had seen before.

And yet, when it seemed he was near full recovery, something began to trouble Thash. Her powers were losing their edge. The wild animals of Kuwaktana refused to acknowledge her, as if peering into her true nature. In truth, she knew the source of this affliction - the same that had mercilessly slain Venrus and his men all those years ago out of pure jealously - but she neglected to accept the truth, instead resigning to the false notion that her true nature as a Demon Spawn had begun to surface.

When an ethereal voice began to haunt her from the shadows, she knew she could no longer hide from reality. She could hear its words and understand its meaning, but it lacked a voice by any conventional means. It spoke from within, as if forming its speech through manipulating her own thoughts. She was mortified, but no matter how tightly she plugged her ears, she could not ignore the darkness.

The entity was strangely interested in her. It sounded almost impressed with her powers, even offering her sympathy on some occasions. It fed her an incomprehensible mix of enlightening truths and insidious lies that she could not differentiate. It appeared to her in a million different ways, never assuming a single physical form. Still she tried her best to turn her back on the presence. Refusing to acknowledge it was her last mistake.

When Triton and Ceto, still enamored by her power and seeking to repay their debt to her, found her lifeless body in Kuwaktana, they agreed there was only one way to make amends: they would find whatever ancient evil had slain her and destroy it by any means.

Retrieved from "https://gamersfanon.fandom.com/wiki/Thash?oldid=744022"
Community content is available under CC-BY-SA unless otherwise noted.