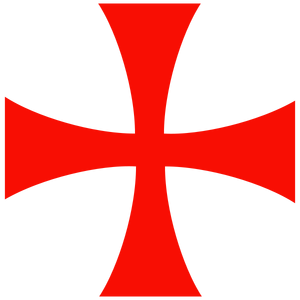 Although the Templars were originally a faction, they lost this status once Ned_Edgewalker removed factions from the NeddehCraft server and replaced it with survival golden-shovel claiming.

The Templars started off as a faction on NeddehCraft, created on January 13, 2015. The idea to restart the Templars on Neddehcraft was thought of by Captain Naughty. After discussing the idea with Cannonwalker, he suggested that Cannonwalker be the faction leader and he be Cannonwalker's right-hand man; Cannonwalker suggested the inverse, although he later decided to take his advice and be the leader.

Due to the early members of the server having creative for a few days, Cannonwalker and a couple other outside helpers built an obsidian tower covered in water for the Templars. However, the server owner, Ned Edgewalker had to reset the map. A new tower was built on the new map in the early hours of January 13, just some time before the faction itself was formally created.

However, on January 14, factions was removed from NeddehCraft, removing the Templars' status as such. The map was also wiped a second time, destroying the Templars' tower in the process. Then, after this, Captain_Naughty was recruited to NeddehCraft's administration, effectively leaving Cannonwalker on his own in the Templars. After this event, BaronVonShush (a fellow former member of the Templars on Elitecraft) joined the Order. ObsidianVader also joined on the 18th, which saw the major constructing of Antioch go underway; construction on roads begin, Vader's own house was built, and even a bridge across a nearby swamp was completed. Additionally, BaronVonShush found a site for his own city on January 20, nearly 8,000 blocks from Antioch.

A city under construction, Antioch is the capital of the Templar Order on NeddehCraft. With the first building (the Grand Master's home) being finished on January 16, 2014 (and another home and library being completed since), the Templars are currently working on roads and other buildings within the city.

These ranks are based off of the ranks within the historical Knights Templar organization.

Retrieved from "https://gamersfanon.fandom.com/wiki/Templars_(NeddehCraft)?oldid=731099"
Community content is available under CC-BY-SA unless otherwise noted.