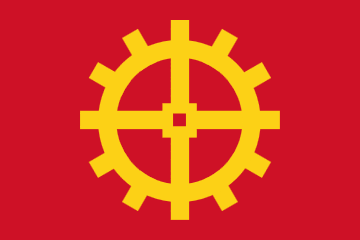 After hearing word of the secession of Padres, Kingshead immediately went down into turmoil in which former Royal Navy and EITC inhabitants overthrew the Republic Governor and replaced him with Gov. William Seasteel. Joining up with Padres, they became the seat of power as it is much more secure and safer for the survival of the union.

Fed up with the Republic's governing of the nation and conducting business with Padres, the former seat of power sparked the beginning of a new era and was the first to secede from the Republic to form the Union. David McMartin, was the Republic Governor whom even agreed and helped carry out the secession of Padres.

Seceding with Padres together, since they had close ties in trading, Outcast was also fed up with the constant corruption from the Republic's Represenatives, especially those from Tortuga and Port Royal. Under Republic rule they were known as Outkast Isle but restored the name to bring back the former glory.

Following the secession of Kingshead and Padres, General Elizabeth Bane was sent to take out the Naval stronghold by land on Isla de Plata in order to gain control over it with the little support it had for the Union cause. Shortly she would be given the title of Military Governor.

Retrieved from "https://gamersfanon.fandom.com/wiki/Southern_Isle_Union?oldid=720337"
Community content is available under CC-BY-SA unless otherwise noted.