Soar is around 46 percent done with the Pearl. He might be doing that, leveling cannon, leveling sailing, or looting. 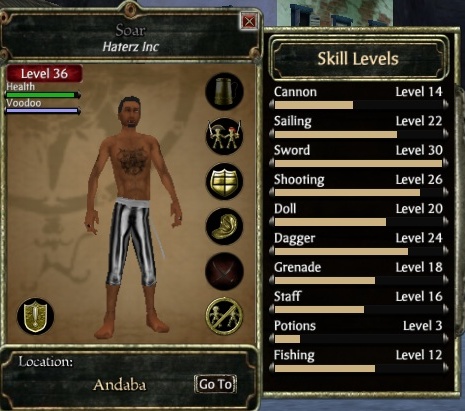 Retrieved from "https://gamersfanon.fandom.com/wiki/Soar?oldid=59455"
Community content is available under CC-BY-SA unless otherwise noted.