Sepp Dragomir was the heir-in-exile to the crown of Merth Docto and fallen Jedi Padawan turned Sith Assassin during the age of the Galactic War. Apprentice to the ruthless Sith Lord Darth Benthamic, Sepp was banished from her home world and was briefly groomed to join the ranks of the Jedi Order before being seduced by the Dark Side with promises of power and freedom. After joining the Sith, she quickly gained a reputation as a merciless Jedi hunter with an unpredictable control of the Dark Side and deadly proficiency with the lightsaber that arguably surpassed even her master in lethality. She served as a Sith Lord and powerful acolyte within the clandestine Knights of Korriban, eventually usurping her master Darth Benthamic and inheriting his power base per Sith tradition - though rumors persisted that the late Darth survived their confrontation.

The planet of Merth Docto had been aligned with the Sith Empire for hundreds of years prior to the start of the Great Galactic War. Located deep in the Outer Rim, it was one of the first planets to be colonized by the resurgent Sith Empire after its banishment from known space following the Great Hyperspace War; to keep the citizens of the resource-rich agrarian world content, the Empire permitted the planet's monarchy to remain in place, albeit only as figureheads subservient to the Dark Council.

Various bloodlines dominated the kingdom of Merth Docto throughout the centuries, though none for as long nor as effectively as the coveted Dragomirovs, who were rumored by legend to be descended from a great Sith Lord known as The Dragon. By 3700 BBY, the feared and respected Kazim Dragomir ruled as King of Merth Docto, remaining in power for many years and earning the favor of the world's people by ending the Great Famine and negotiating more autonomy from the Empire.

When Sepp was born in 3654, however, the planet was brought to the brink of civil war. The Dragomirovs, led by Kazim, had gradually shifted towards the notion of full independence from the Empire, believing that Merth Docto was stronger sovereign. However, the opposing Zhukos, with strong ties to the Dark Council, pushed for closer relations with the Sith Empire, especially considering the close proximity of expansionist Republic worlds in nearby sectors. The Zhukos grew rapidly in popularity and strength, and soon made their first move to depose the Dragomirovs.

When the initial assassination attempt on Kazim failed, the Zhukos resorted to more desperate methods by kidnapping the King's daughter, Sepp, and holding her for ransom; Kazim was to relinquish the Dragomirov claim to the throne, and Sepp would be set free. Kazim refused, believing in retaining the family's honor in spite of his love for his daughter. Instead of killing Sepp, the Zhuko family used her immense natural strength in the Force to their advantage, grooming her to be an unstoppable weapon that would fittingly destroy her own family in due time.

Sepp was quickly indoctrinated, forced to forget her lineage and trained in the ancient warrior traditions of the Zhukos and even taught to hone some of her Force abilities by talented inquisitors within their ranks. After 10 years of a gridlocked war, Sepp was unleashed and instructed to systematically eliminate every last Dragomirov official, concluding with her father. She ruthlessly murdered Kazim without question despite his pleas for mercy; despite Kazim's assassination and subsequent crowning of the Zhukos (now the Zhukovs, to replace the new Dragomirs), Dragomir resistance persisted in scattered pockets throughout the world.

Dragomir holdout continued even until the Republic arrived on Merth Docto in the midst of the Great Galactic War to "liberate" it from the Empire's clutches. Initially fighting both Dragomirs and Republic forces, Sepp was eventually defeated and captured by Jedi who revealed Sepp's true heritage as a Dragomir to her. Confused and enraged by the lie that she had been living, she then agreed to leave the planet with the Jedi to train as Tython, no longer trusting either of the factions on her homeworld.

Sepp excelled in her training on the Jedi world of Tython, surpassing every trial of lightsaber combat and even surprising her masters with her applications of the Force; however, she never tolerated the teachings of the Jedi, and her lack of balance and seemingly natural pull to the Dark Side troubled the Jedi Council. After murdering two other padawans, Sepp escaped into the deep forests of Tython and sought refuge among the wilderness under hot pursuit by the Jedi.

While in hiding, Sepp was haunted in her dreams by intense visions of the past, present, and future; she saw at once the treachery of her father, a dark and powerful figure looming over her, and the throne of Merth Docto in flames. These visions persisted for several weeks until they led her to a dark cave in one of the most remote parts of the planet, where she met the masked man from her visions - a warrior who called himself Benthamic.

Benthamic was a Sith Lord who reeked with the kind of raw dark power that Sepp craved and found irresistable in her quest for belonging. He showed her many secrets in the cave - mere tastes of the true power of the Dark Side, but enough to captivate Dragomir utterly. Benthamic explained that he had discovered Sepp through their shared versions and came to Tython to collect her at great risk of discovery; before they could be found by the Jedi, Benthamic and Sepp departed the planet on his stolen civillian shuttle. 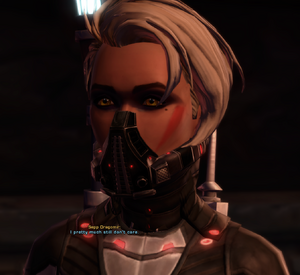 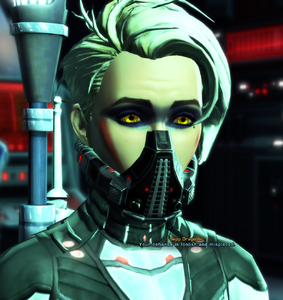 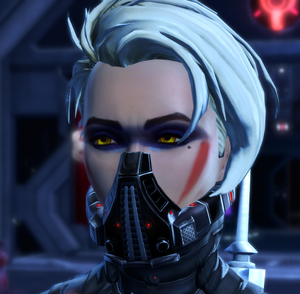 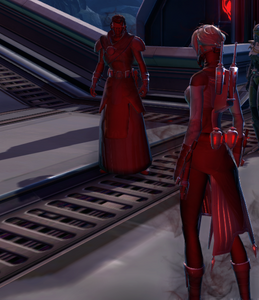 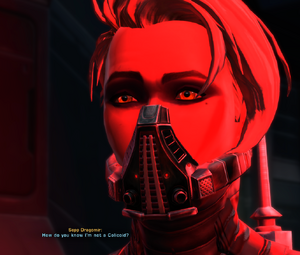 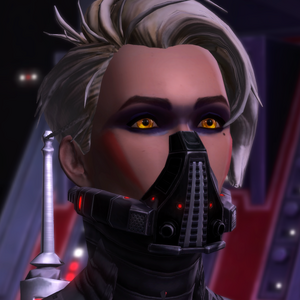 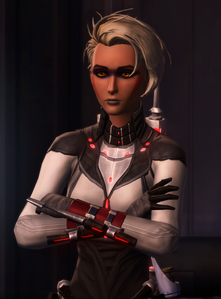 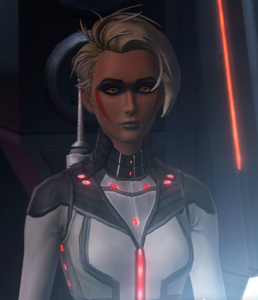 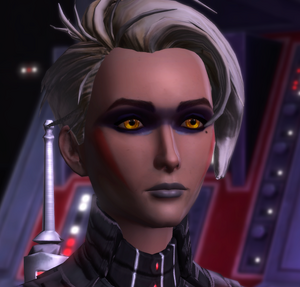 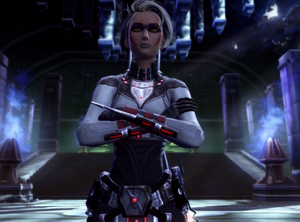 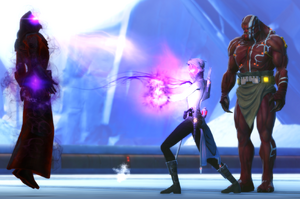 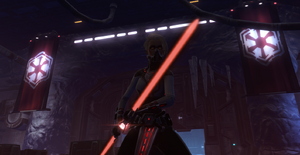 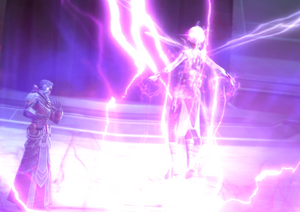 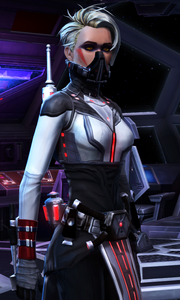 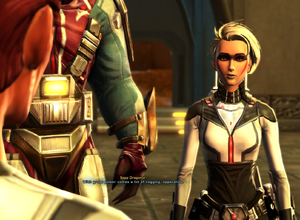 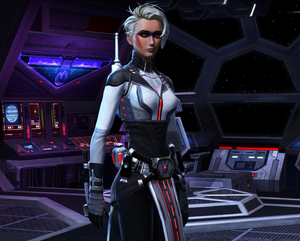 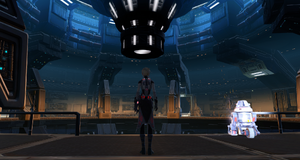 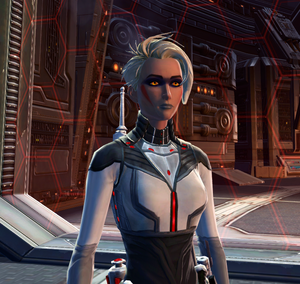 Add a photo to this gallery
Retrieved from "https://gamersfanon.fandom.com/wiki/Sepp_Dragomir?oldid=754308"
Community content is available under CC-BY-SA unless otherwise noted.