Today mates.... Rumors be out and about, the War is over... These are not yet confirmed, although Pearson said it himself.... we'll just have to wait and see. All you role-play haters will have yer wish xD. Anyway.. although this war may be over.. Daggersteel has no intention of slowing the troops. The Troops will be pulled out of Spain and re-sent to guard British borders and to aide allies in other conflicts. Each soldier has been re-submitted for inspection, in the form of slight training. Here, I present to you some shots of Lord Daggersteel commanding some of our top men through some musket drills. Our troops will always be kept top notch with him - and will always be ready to serve, protect, and defend.

Speech from the Prime Minister

This night on Sunday, February 12, 1745 at 5:41 p.m. at the Spanish Headquarters in Spain, King Phillip V, the representative of the Spanish High Command, of Spain also King of the Spanish Empire, signed the act of surrender of the Paradoxian War.

Today this agreement will be ratified and confirmed at Madrid, Prime Minister Lord Jonathan Goldtimbers of Great Britain, Chancellor of the Exchequer Lord Andrew Mallace, Chancellor of Warfare Lord Matthew Blastshot, and First Sea Lord Sven Daggersteel of His Majesty's Navy.The Spanish representatives, King Philip V aka Gaius Julius Caesar, aka Pearson Wright, The pirates are still in places resisting the Spanish troops, but should they continue to do so after midnight they will, of course, deprive themselves of the protection of the laws of war, and will be attacked from all quarters by the united Forces of the Caribbean. It is not surprising that on such long fronts and in the existing disorder of the enemy the orders of the Spanish High Command should not in every case be obeyed immediately. This does not, in our opinion, with the best military advice at our disposal, constitute any reason for withdrawing from the nation the facts communicated to us by First Sea Lord Sven Daggersteel of surrender already signed in the Spanish Capital City of Madrid, nor should it prevent us from celebrating the end of the War with Spain. Today, perhaps, we shall think mostly of ourselves. Tomorrow we shall pay a particular tribute to our pirate comrades, whose prowess in the field has been one of the grand contributions to the general victory. The Paradoxian war is therefore at an end. After years of intense preparation, Spain hurled herself on Russia at the beginning of November, 1742; and, in pursuance of our guarantee to Russia and in agreement with the Pirate’s Brethren Court, Great Britain, the British Empire and Russia, declared war upon this foul aggression. After gallant battles, the Caribbean had been struck down, we from this Island and from our united Empire, maintained the struggle single-handed for a whole year until we were joined by the military might and later by the overwhelming power and resources of the Complex, United Allies and the Siberian Empire. Finally almost the all the major forces of the Caribbean was combined against the evil-doers, who are now and forever will be peaceful before us. Our gratitude to our splendid Allies goes forth from all our hearts in this Island and throughout the British Empire. We may allow ourselves a brief period of rejoicing; but let us not forget for a moment the toil and efforts that lie ahead. Spain, with all her treachery and greed, must be forgiven. The injury she has inflicted on Great Britain, Russia, the Pirates, and other countries, and her detestable cruelties, call for justice and retribution which shall be met with personally me where I will do what must be set forth to ratify the True and everlasting Peace between our great countries. Let our purposes bur an act of kindness to be set forth an example to the World to know who we are, The British Empire, who are both at home and abroad. Rule, Britannia! Long live the cause of freedom and Prosperity! God save the King!

Here are some pictures at today's session, briliiantly lead by Sven Daggersteel. 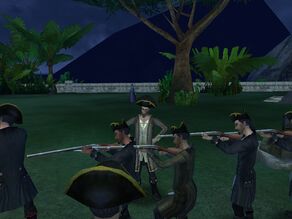 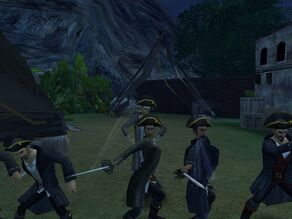 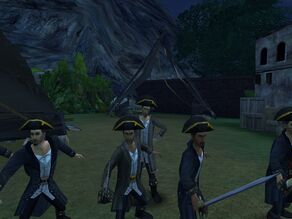 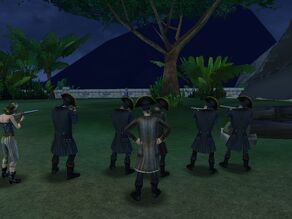 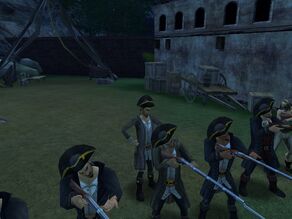 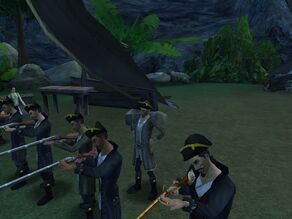 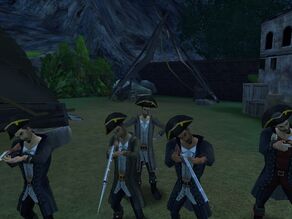 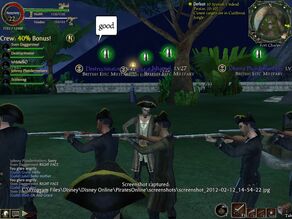 The Surviving and Loyal Commanders of the War

All the best, now and forever,

Retrieved from "https://gamersfanon.fandom.com/wiki/Post_Paradoxian_War?oldid=745767"
Community content is available under CC-BY-SA unless otherwise noted.