This article is being edited by Joseph Coalsmythe 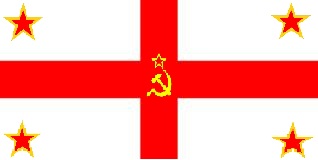 The People's Republic of Genoa

The People's Republic of Genoa is a Communist state in upper Italy. It is run by Chairman Ernesto Vittorio. It was founded when the Genoese people successfully overthrew the former Oligarchical Republic. The revolutionary army was influenced greatly by the Communist Republic of Kittehstan. A Kittehstani General even arrived in Genoa during the war to support the rebels. Kittehstan and Genoa are now great allies.

Retrieved from "https://gamersfanon.fandom.com/wiki/People%27s_Republic_of_Genoa?oldid=753867"
Community content is available under CC-BY-SA unless otherwise noted.