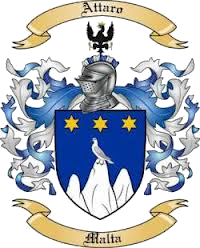 Malta at this time was known as the Knights of St. John, or the Knights' Hospitaller. The Knights of St John were exempt from all authority short of the Pope himself, (which made the Grand Master, which was the name for the monarch, considerably powerful) but were restrained to their little isle. They are an Absolute Monarchy, and although they had few allies, they maintained a navy and military that allowed them to fend for themselves and repel attacks. Their main goal was eliminating Muslim piracy from the western Mediterranean.

The Knights' Hospitaller are rather non-expansionist, and control only the Maltese archipelago and the waters around it. Though small, they do have a decent enough military and navy to fend off attacks of the Ottoman Empire in the East and the Barbary States in the South. As they are directly below the Pope himself, their state religion is obviously Catholicism.

After 1522, when the Hospitallers lost control of Rhodes after a six-month siege by the Turks (under Suleyman the Magnificent), the Knights left the island with inhabitants who wished to accompany them. Being without a base of operations until 1530, the Knights Hospitaller when the Holy Roman emperor, Charles V, took pity on them and arranged for them to occupy the Maltese archipelago. Their presence, however, was conditional; one of the most prominent terms was the annual presentation of a falcon to the emperor's viceroy of Sicily. After this, however, the Knights' Hospitaller of St. John, usually being left alone on their isolated little archipelago, have had time to build up a sizable military able to fend off attacks and a navy able to keep their Barbary adversaries in the South at bay, preventing their usual preying on rich trade routes. Their navy is moored in the harbour of Marsaxlokk, their biggest port city. Due to their stature as being directly below the pope as well as controlling only one small territory, there is no religious unrest whatsoever, as the whole of the populace are devout Catholics and are favoured by the Papacy. Despite having moderate power militarily, the Knights' Hospitaller have taken to the seas and built up a capable navy.

Catholicism, due to being closely associated with the Papacy.

Bhinnika Tunggal Ika, Maltese for “Many But One.“

•Fourth Rate Ships of the Line,

•and (a bit unrelated) armed Galleons and Indiamen for trade.

Retrieved from "https://gamersfanon.fandom.com/wiki/Order_of_the_Maltese_Knights%27_Hospitaller?oldid=740976"
Community content is available under CC-BY-SA unless otherwise noted.