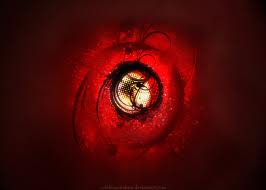 The Fog is the spawn of the Dark. When the Dark and Light mix, Fog is created. The Fog has abilities from both the Light & Dark, it travels in large fog storms that can stretch nearly 40 miles tall, consuming everything in its path, nothing can survive a Fog storm, not even life itself.

After 50 years of balance in the elements, Foggius, the Commandant of Fog was created, A huge gaping whole separating the light and the dark was created. Acting as a huge worm-hole, the Fog consumes most of the Balanced areas with pure Fog.

Members Members support the Fog, and can not be consumed by the Fog at any costs.

01:57, July 23, 2011 (UTC) The Savior of the Foggius is the only living human that can control the Fog other then Foggius himself.

Darhut: open The Darhut blesses the seas and oceans with the Fog

Grai: open The Grai has the ability to freeze time

Morking: open The Morking makes sure all followers support the Fog.

So do you want eternal life? Then join The Fog!

Retrieved from "https://gamersfanon.fandom.com/wiki/Order_of_Fog?oldid=707441"
Community content is available under CC-BY-SA unless otherwise noted.