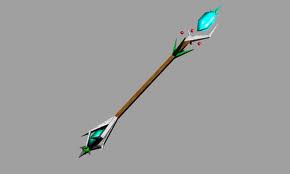 The staff was made by Jack Daggermenace 3 years ago. It was made in the very secret, Master Ex Passages. The staff was meant to be used for every day use, Jack had tragically broken his staff, in a fight with Foulberto Smasho why Foul threw a twisted dagger at him, the staff instantly snapped in half. Jack's old staff was given to him by Tia Dalma herself and was worth much gold. He was very sad when it broke, it was not replaceable, handmade, powerful, and valuable. But Jack had a quest, to outdo the staff. To make one that overpowered everything. Not just a normal rotten ole staff the gypsy offered him, something beyond the unthinkable. So Jack thought, and thought and..... thought. He wanted the power of Jolly Roger, the powers of Tia, the finest materials, the best, and only that. Jack told each of the members of Master Ex his little "quest". They responded by laughing, for they knew that Jolly's powers, and Tia's powers could not be combined. But, Jack wanted even more then that, even more then their powers combined, he wanted his own little power in there, his own little twist, his own little touch.

It was a full moon, that night, the wolves howling, the cannons of vessels going off, and the chat of other pirates. It was a normal night, so far. Jack sailed to Ravens Cove, visiting Jolly's Cave, yet again. The door creaked, even though Jack was a master at not making a sound. Jack tip-toed in, gun in hand, just in case. He moved swiftly, through Jolly's small, yet cramped with belongings. Slam! Jack turned, in shock, the door, to Jolly's bedroom was open, wide open, not the way it was when he entered. Jack was petrified, as he saw Jolly Roger himself, standing at the doorway. Jack turned, and attempted to escape. But it was too late, Jolly lunged foreword and took Jack by the neck. He hoisted Jack up, and looked him in the eye, evil in his smile and at that point, Jack knew, he was in deep trouble. He took out his sword, in an attempt to kill Jolly, but with no effort at all, Roger took the sword and flung it into the near-by fireplace, Jack still dangling from Jolly's hand. Jack knew he didn't have much time left. He took his hand, and violently punched Jolly's face as hard as his arm would allow. Roger roared in reaction and instantly released Jack from his firm grip. Jack finally, escaped. Jolly, crying, not able to stop.

Today the staff is known as the most powerful staff ever.

Retrieved from "https://gamersfanon.fandom.com/wiki/Ocean_Silver_Staff?oldid=707400"
Community content is available under CC-BY-SA unless otherwise noted.