Molotovs are common weapons used by pirates. The weapon is basically an old bottle filled with rum, which is ignited by a cannon whick, and then thrown. As a result, the bottle bursts into flames causing a medium sized fire. It is somtimes used by pirates in Port Royal and Tortuga. Members of Sylster Glowstorm's Clan are equiped with multiple Molotovs. 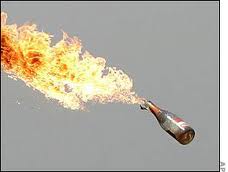 Retrieved from "https://gamersfanon.fandom.com/wiki/Molotov?oldid=707244"
Community content is available under CC-BY-SA unless otherwise noted.