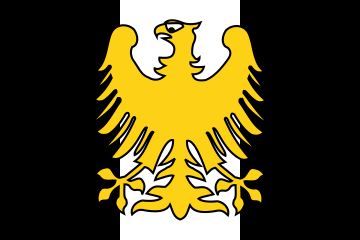 Let the people have their way.

The Bliss Sovereign Democracy of Lechanster is a huge, safe nation, renowned for its anti-smoking policies, smutty television, and punitive income tax rates. The compassionate, democratic population of 589 million Lechans hold their civil and political rights very dear, although the wealthy and those in business tend to be viewed with suspicion.

The enormous government juggles the competing demands of Education, Welfare, and Environment. It meets to discuss matters of state in the capital city of Vastiling. The average income tax rate is 66.8%, and even higher for the wealthy.

The Lechan economy, worth 30.0 trillion Lechan Dollars a year, is quite specialized and led by the Trout Farming industry, with significant contributions from Book Publishing, Cheese Exports, and Automobile Manufacturing. State-owned companies are reasonably common. Average income is 50,866 Lechan Dollars, and evenly distributed, with the richest citizens earning only 2.1 times as much as the poorest.

Concussed Hawkball players cannot remember their lineup position, the government has adopted a "Lightning Never Strikes Twice" approach to dealing with natural disasters, children are brainwashed at a young age to accept "Love and peace!" as a way of life, and the government is ignoring the latest terrorist atrocities in Vastiling for fear of causing a fuss. Crime is totally unknown, thanks to a well-funded police force and progressive social policies in education and welfare. Lechanster's national animal is the Hawk, which soars majestically through the nation's famously clear skies.

The Chan Council handles all of the country's administration. It elects a President to be overseer of the nation and leader of the council.

Top 5% of the world for Largest Cheese Export

Top 5% of the world for Most World Assembly Endorsements

Top 5% of the World for Most Influential

Top 10% of the World for Best Weather

Retrieved from "https://gamersfanon.fandom.com/wiki/Lechanster?oldid=756071"
Community content is available under CC-BY-SA unless otherwise noted.