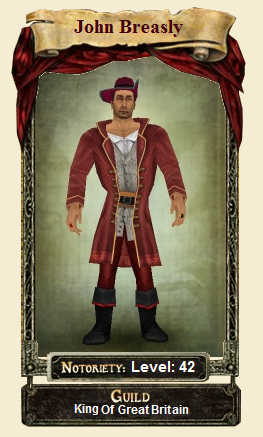 George Augustus, known in the Caribbean by his alias John Breasly, is the King of Great Britain and Ireland in Pirates Online. He has led a multitude of guilds and is credited with founding the British community in Pirates Online.

George Augustus was born in Hanover, Germany, in 30 October, 1683

Retrieved from "https://gamersfanon.fandom.com/wiki/King_John_Breasly_II_of_Great_Britain?oldid=746044"
Community content is available under CC-BY-SA unless otherwise noted.