Isla Lusso or "Isla Luxury" in English is an island where only the rich pirates lives. It was founded 12 years ago by a man named Soar.

Soar was young, only 15, when he was sailing, like any other day and came about a huge island. He was 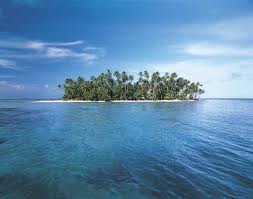 sailing and sailing, not plundering, but just sailing around, when he was daydreaming and banged his ship into the huge landmass. He ship was totaled, it was just a light sloop.

Soar was trapped there, no way of getting home. His ship was totaled and he wasn't the best swimmer, so he was trapped, scared, and mad that he had gotten himself into this mess. He looked around at his surroundings and noticed, that he was at an island that had not been discovered yet. At this point he was excited. He knew this could be his own little island. He was a very smart boy for his age.

For the next few days, while he was trapped there, he worked on the island to make it his own. Adding little shacks, making tree-houses etc. Until, one day his parents came and got him. He was then, sad, very sad. He parents wouldn't let him off the island, Port Royal. He knew he wanted to keep working on that island, so he came up with a master plan of his own.

Soar knew his parents were very smart and would know every move he made so there was only one solution, get a fake. Soar would get his friend, John Daggerfury, to disguise himself to look like Soar, and then have him stay Soar's house while he was working on Isla Lusso.

It too Soar a crew of 12 and 2 years to build the island to fit his needs and how he wanted it. Soar soon realized, it was worth it. Once Soar's parents knew about the island, they didn't get mad at Soar but where proud of him. And thus, Isla Lusso was born.

How To Get In

This island currently, is very exclusive.and has a high security level.

People on the Island 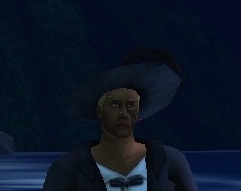 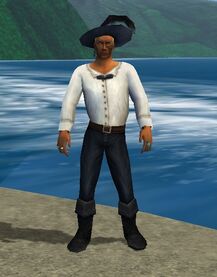 Assistant Guard
Add a photo to this gallery 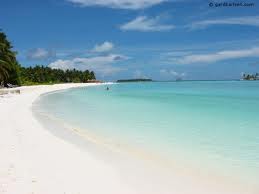 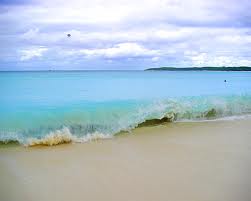 These are the ships that guard the island:

White Shadow: The main ship the guards the island. It has a crew of 14:

Wave Guardian: This ship is the 2nd main ship and mainly used for gunning down ships when needed, unlike some of the other ships who simply watch out for enemies. There are 5 of these currently guarding Isla Lusso. Rumor has it that another on is being built for secret reasons.

Black Swan: This ship is used for everything. Watching, gunning

down, and even transporting goods to and from the island. There are about 65 of these guarding the island.Currently, they each have a crew of 10.
Retrieved from "https://gamersfanon.fandom.com/wiki/Isla_Lusso?oldid=706639"
Community content is available under CC-BY-SA unless otherwise noted.