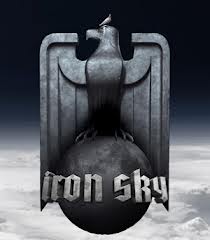 Iron Sky Industries were founded in 1745 by Lieutenant General Richard Venables, Lord Andrew Mallace and Major General Richard Luther, along with Lieutenant Commander Ishmael Venables and Sargeant Nickolai Sharkhayes. They are a Private Industrial Company which produces arms and ammunition for the Gentlemen of the Democratic & Communist Parties armies.

56 gun Frigate - Not for public sale

Monarchs may buy any type, except Spain and Portugal!

Rifled Musket-100 per a gun

The chicken nuggets were removed due to health hazzards.. AND the closing of the BNO.

fill out this easy form,

Retrieved from "https://gamersfanon.fandom.com/wiki/Iron_Skies_Industries?oldid=706620"
Community content is available under CC-BY-SA unless otherwise noted.