The Iron Rebel is a war frigate. This ship is one of the strongest ships you'll ever meet. It is the Skull's Marines main ship. It assists in many missions, along with transporting goods, and VIP's. It's HP is 12,600. it has 10 broadside cannons on each side, and 14 extra cannons scattered around the ship. This ship is so strong it has taken down an EITC Treasure fleet by itself!! On December 16, 2011, the Iron Rebel received special designed and state of the art iron shielding, boosting its hull by 2,800 points.

This is the Iron Rebel's photo gallery! 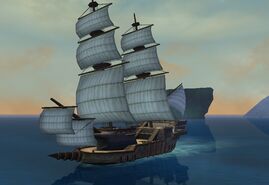 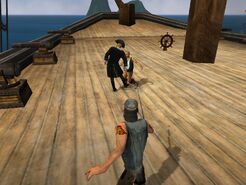 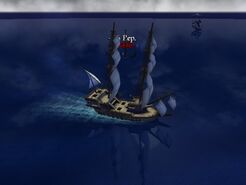 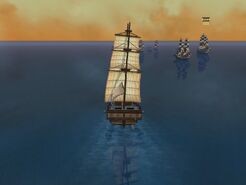 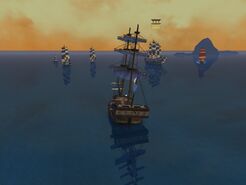 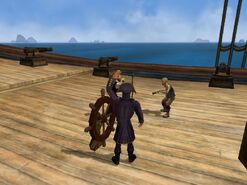 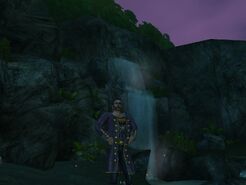 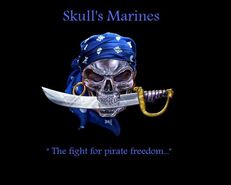 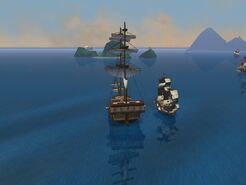 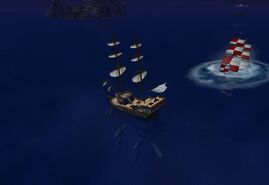 The Iron Rebel sinks a Dreadnought 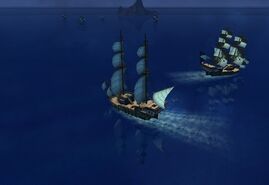 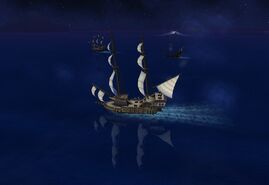 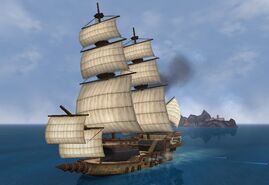 The Iron Rebel shows its massive firepower
Add a photo to this gallery
Retrieved from "https://gamersfanon.fandom.com/wiki/Iron_Rebel?oldid=748316"
Community content is available under CC-BY-SA unless otherwise noted.