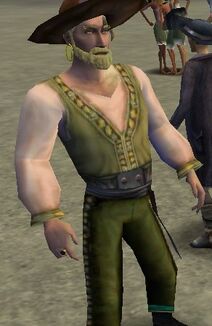 INFERNO was once one of the most powerful guilds in the Caribbean.  It had great members, and dominated the leaderboards in many areas.  However, this is not the case now.  INFERNO is no longer seen running around the Caribbean.  The guild was dissolved and the remaining officers started a new guild called Infernal Legends.  This guild is quickly growing and already has hundreds of loyal members.

INFERNO still lives in the past, however.  Here is some information on it when it was still around.

These are backup guilds that were created because INFERNO reached maximum capacity:

(These were the only authorized back-up guilds.)

INFERNO used to do many great activities.  These united the guild together, creating a strong family atmosphere. The new guild, Infernal Legends, still practices these traditions today.

As many players know, INFERNO was created by Ned Yellowbeard. Ned began playing not too long ago, in mid-2010 (roleplay year: 1743). He always dreamed of making a large guild, but then a large guild known as Famed "owned" the Caribbean. Ned was at Kingshead walking towards people who were in Famed. Those Famed members called him a noob and they told him to get away from their place. It was no surprise for Ned, people from Famed were always verbally abusing friendly players new to the game. Ned vowed revenge by creating a guild he called "INFERNO". It had no problem growing and soon it was strong enough to fight off Famed. In fact, the Guild was so big, it took over Kingshead.  The level minimum was then raised to 30, then 40, and then it gradually rose to 43 and then went back to 30 after the guild maxed. In the process of making the guild, Ned met some good friends and loyal members. INFERNO had become a family of diverse players and loyal members.  The legend still lives on through the members of Infernal Legends today.

"Let others say what they want about you, say nothing back. Always remember the one who speaks out against others will always be the weaker man."

Retrieved from "https://gamersfanon.fandom.com/wiki/I_N_F_E_R_N_O?oldid=706053"
Community content is available under CC-BY-SA unless otherwise noted.