The British Navy was founded in the 1600s. They serve there Allegaince to His Majesty the King/Queen. Its colors are Red & White. Its march is called Heart Of Oak.The history of the Royal Navy can be back to before the ninth century AD. However the present Royal

Navy was formally created as the national naval force of the Kingdom Of England in 1660, following the restoration of the throne to Kings Charles II. In 1707 it became the naval force of the Kingdom of Great Britain right after the union between England & Scotland, which in a series of events merged the Royal Navy with the smaller but still powerful Royal Scots Navy.

Ships Under Its Command

Feel free to add your British ships here, put a link to the page. 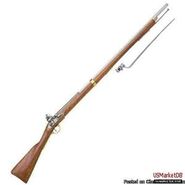 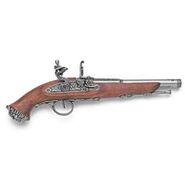 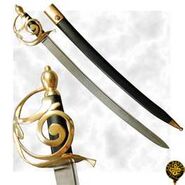 A Officers Cutlass
Add a photo to this gallery
Retrieved from "https://gamersfanon.fandom.com/wiki/His_Majestys_Armada?oldid=716686"
Community content is available under CC-BY-SA unless otherwise noted.