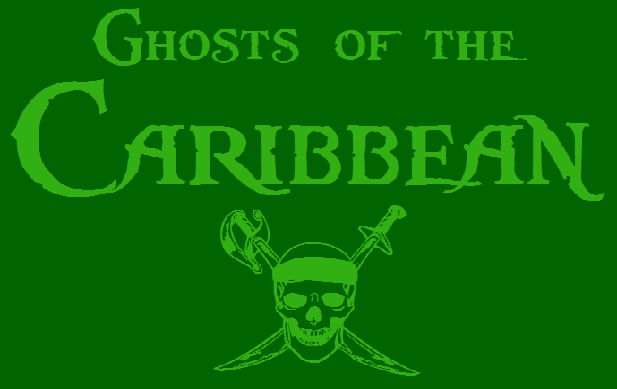 Hello <insert name here> these are the lost souls of the Caribbean that have actually died in reality and just plain old fan creation. Please pay respect to the people who actually died when they use to play Pirates Online and do not edit their section unless it is a spelling error. 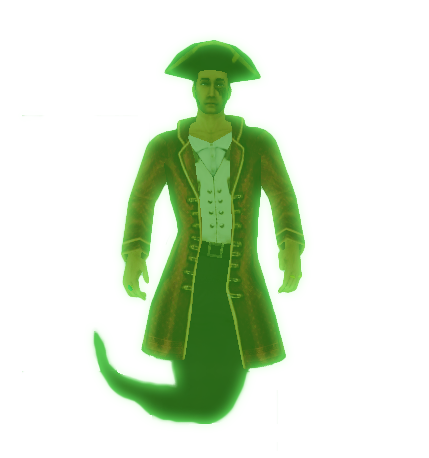 When Marc was still alive he used to sail the seven seas fighting for England during the United Empire war but he sadly died at the battle of Kingshead on June 17th 1745 as a lieutenant in the forth regiment of the British Grenadiers. People have seen a strange dark greenish glow near Kingshead, the ocean, Barbossa Grotto, King's Arm, and Marc's ship the Fire Sail-Navigator that has went into the Bermuda Triangle and hasn't been seen ever since but people have seen the ship in a strange greenish glow in the sky that has been firing cannons near Kingshead. Do you think Marc is still battling at Kingshead even tho that battle is over? 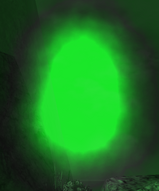 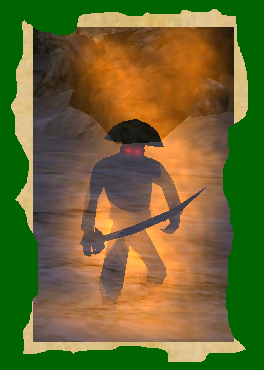 A man named Edward was born and raised in Scotland working in his fathers butcher shop. Edward loved the his father very much but not his shop. It smelled like guts, blood, and the most terrible smell of all was swine.

One day Edward had gotten an order of 3 swines that needed to be chopped up for tonight from the Duke of Edinburgh for his party in Scotland castle. Edward again hated the smell of swine he just wanted to throw that swine away and just begone with it! So Edward had a great idea, he used his fathers sword and chopped the swine up faster then his regular knife that he uses to chop meat. This is how he got the nickname "Cut".

When Edward was just 30 years old his father shop was closed down because of bankruptcy and his father was in need of help with a lot of debt from the bank. So yet again Edward had another idea, he told his father that we could "Escape from the bank and head off to the Caribbean and start a new life." Edward and his father went on the ship HMS Jolly England and worked as butchers for the kings navy that was headed off to Port Royal,Jamaica. One night the HMS Jolly England was attacked by the ship called the "Flame" led by a group of pirates and Captain Joseph Cannonshot (Marc Cannonshot brother). That devil Joseph open fired his cannons and one the cannonballs hit Edward right in his arm in the ships kitchen were he later died of internal bleeding. After Edward father saw his son dead he then grabbed a pistol and shot himself in the head.

Edward Cut, now dead roams around near his grandfathers grave and sometimes on the HMS Jolly England. If ye hear some swine or even guts and blood and even a chopping sound then you know that's Edward in the Kitchen. Edward is shown as a glowing orange figure with red eyes that says "I'm ready to chop some souls!" 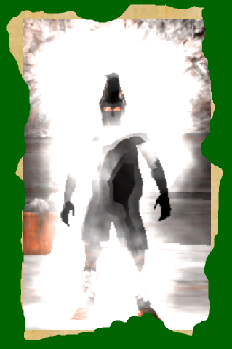 This is Marc Cannonshots oldest brother Joseph Wallace Cannonshot. When Joseph joined the royal navy at the age of 15 he was thrilled to serve for king and country but that all changed when he saw his brother Marc as a 13 year old in the royal navy as a Sgt. Joseph was jealous of his brother, he always said to Marc "You'r mom's favorite you peace of scum..." The two brothers always hated each other and constant arguing of them kept going on and on for years.

Joseph now at the age of 41 decided to run away from the royal navy and look towards piracy, wealth, and glory. One day Joseph finally had it with his brother, he decided it was time to kill him and give his head to mom. Marc on his maiden voyage on the HMS Unsinkable that was sailing to the isle of New Providence to take down a wanted pirate named John Shark. When Marc reached to New Providence with his crew he found out John Shark was actually Joseph Cannonshot. Joseph said to Marc "You finally fell into my trap... now surrender or die."
Marc replied "Ha you and what cannons Joseph?"
Joseph told Marc to "turn around idiot" and Marc saw his own cannons facing at his crew and himself. He didn't realize that Joseph men went aboard the ship and had taken the ship. Marc and his crew were now maroon on New Providence. A isle filled with pirates, thugs, and vermin.

When Joseph took Marc's ship the "Unsinkable" he renamed it the "Flame" in honor of Joseph best friend Flame that was forced to join the royal navy and died when he hung himself. Joseph started to loot and pillage ships from the cost of Africa, British Colonies in North America, and in the Caribbean. He then wanted to get revenge on those scums "The Royal Navy" that made his friend flame kill himself. He open fired on the ship "Jolly England" and killed every sailor on the ship. When Joseph went into the kitchen room he felt guilty... he had just killed the butcher son "Edward Cut". The father of Edward Cut, Frank Dentinbourg said to Joseph. "You killed my son! He was just a boy! Me and him were going to Port Royal and start a new happy life together!"
Joseph then replied "I am sorry, I didn't mean to, my crew and I just wanted to get revenge on those Navy men for what they did to us and to my best friend."
Frank then took a pistol out and shot himself in the head. Frank's blood was everywhere mostly on Joseph face, Joseph was screaming like a little girl saying "Get this bloody off me!" crying out to his crew mates.

After Joseph took the ship his brother Marc wanted to get revenge on what Joseph done on New Providence. Marc's ship the HMS Caribbean a 98 gun Ship of the line aimed and open fired on the "Jolly England" Marc then boarded the ship with his crew and battle the first time with his brother. They were both good swordsmen they both started slashing, dicing, stab, jab at each other. Until Marc got behind of a cannon and aimed the cannon at Joseph. Marc said his last words to Joseph " Hey Joseph! Go to hell!" Marc fired the cannon and a their was a huge hole on Joseph body. Joseph last words were "Mom always loved you best..." Josephs body was then burnt on Jamaica, Kingston.

The ghost of Joseph is mostly shown sometimes when you say his full name "Joseph Wallace Cannonshot" 10 times near a cannon. He is shown as a flaming white figure with red eyes. He seen on the ships HMS Jolly England, His ship flame now renamed HMS Unsinkable and on the isle of New Providence. Legend says if you stare at a fire for 20 min were Joseph body was being cremated you might see Joseph red eyes staring at you. 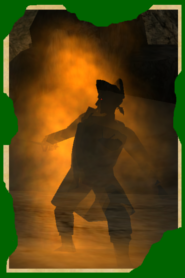 It was 1740, Bartholomew now at the age of 53 was working as a blacksmith in Port Royal. He was the most nicest and most generous person in all of Port Royal, he gave everyone free food, gave money to people that were having financial problems and donated money to the orphanage. Ye may think Bartholomew is a nice a humble person but here's the dark and sick minded side of Bartholomew.

Players that have passed away

Retrieved from "https://gamersfanon.fandom.com/wiki/Ghosts_of_the_Caribbean?oldid=726241"
Community content is available under CC-BY-SA unless otherwise noted.